Clarkson, Hammond, and May are on “a massive hunt” in season 4 episode 2. 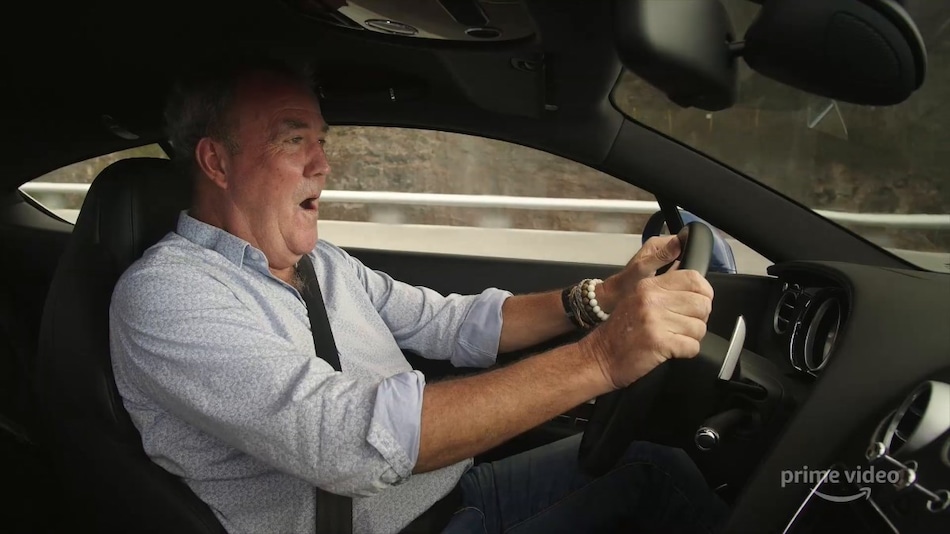 The Grand Tour will return on December 18, Amazon Prime Video has announced, with a new trailer for “The Grand Tour Presents: A Massive Hunt”, the second feature-length special in what is technically The Grand Tour season 4. In it, the former Top Gear trio of Jeremy Clarkson, Richard Hammond, and James May will find themselves on the African island of Madagascar, where they will strap tank treads to their cars as they look for “pirate treasure”, as Hammon says in the new Grand Tour trailer.

The one-and-a-half-minute long trailer for The Grand Tour season 4 episode 2 “A Massive Hunt” opens on the French island of Réunion, located in the Indian Ocean east of Madagascar. Clarkson, Hammond, and May do a drag race on a coastal highway — officially, it's La Nouvelle Route du Littoral, which is French for New Coastal Road — that is touted to be France's most expensive road project with an estimated cost of €1.66 billion (about Rs. 14,630 crores).

Soon after, they arrive on Madagascar and outfit their cars with tank treads that give them a lot more ground clearance, and the ability to move on any terrain. Well, in theory anyway. As the trailer for The Grand Tour season 4 episode 2 shows, the tank treads have their problems too, as Hammond gets stuck on the beach. The trailer also gives us a look at the funny stunts that the trio like to pull, including scanning for mines, or driving at top speed as bombs explode in the background.

After airing 38 episodes across three seasons between 2016 and 2019, The Grand Tour has really slowed down its production as it has moved away from the hybrid studio and outdoors format. Amazon has expanded its deal with the trio, which includes new solo shows (Our Man in Japan for May, and I Bought A Farm for Clarkson). Starting with season 4, The Grand Tour is now only about feature-length specials. The first of them, “Seamen”, set in Vietnam's Mekong Delta, aired in December last year.