Coming to India too, but no concrete details yet. 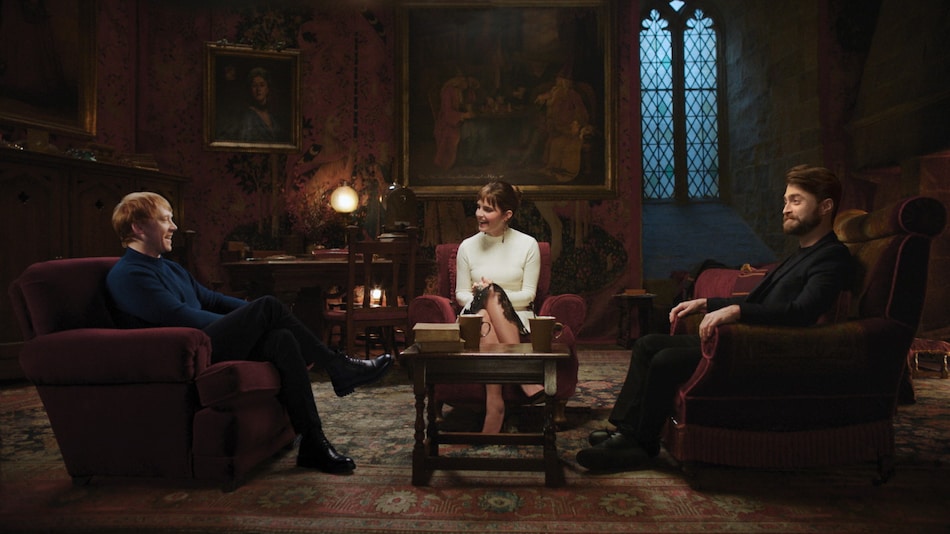 The first look at Harry Potter 20th Anniversary: Return to Hogwarts is here. On Wednesday, HBO Max unveiled a still from the upcoming Harry Potter special — premiering on New Year's Day on HBO Max — featuring the lead trio of Daniel Radcliffe, Emma Watson, and Rupert Grint sitting in the Gryffindor common room. This is the first proper look we have had at Harry Potter 20th Anniversary: Return to Hogwarts, following a short tease unveiled over the weekend, attached to the Helen Mirren-hosted Harry Potter: Hogwarts Tournament of Houses (that airs on Amazon Prime Video in India). Return to Hogwarts will also be available to watch in India, but details on where it will be aired have not been announced yet.

J.K. Rowling, the Harry Potter author, who is now reviled by parts of the fandom for her anti-trans views (and has found many vocal defenders too), is not involved with the reunion special. She will appear through archival footage though. Rowling is still deeply involved in the Harry Potter Wizarding World franchise, as producer and writer on the five-film Fantastic Beasts series.

Harry Potter 20th Anniversary: Return to Hogwarts is out January 1, 2022 on HBO Max. A platform for India is not known yet, but the special will release here, Gadgets 360 has learnt. When Return to Hogwarts was announced in November, Warner Bros. said it would “roll out globally with more details to come.”