House of the Dragon Episode 6 Trailer: Decade-Long Time Jump Stirs Up Even More Rumours in the Kingdom

Titled “The Princess and the Queen,” House of the Dragon episode 6 sees rising drama, as the highnesses continue their beef. 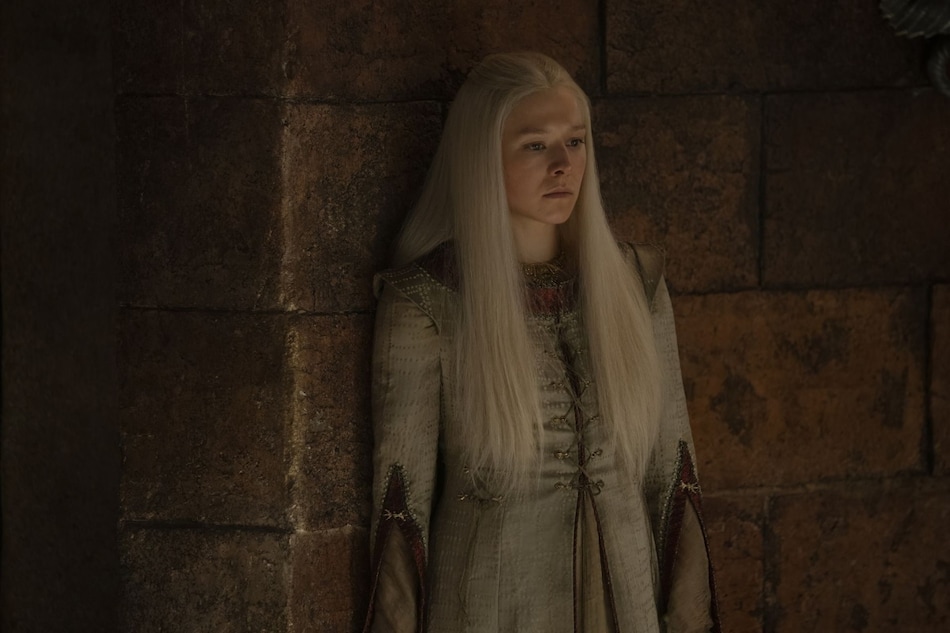 The trailer for House of the Dragon episode 6 begins with the Targaryen courtship addressing the “latest developments” in the kingdom. It is revealed that Prince Daemon left the region undefended about a decade ago, leaving behind a sick and frail King Viserys (Paddy Considine), who collapsed out of shock at the end of episode 5. The House of the Dragon episode 6 trailer then reveals the older versions of Queen Alicent Hightower and Princess Rhaenyra, who tied the knot with Laenor Velaryon, despite knowing his sexual orientation.

Going forward, House of the Dragon will have completely replaced the younger versions, Milly Alcock and Emily Carey, with the more mature Emma D'Arcy and Olivia Cooke. That said, their feud remains the same, with Rhaenyra wanting claim over the Iron Throne, whilst holding a grudge against her ex-best friend. The House of the Dragon episode 6 trailer then cuts to show a grown-up Aegon II (Tom Glynn-Carney), training and perfecting his swordsmanship in front of a small audience. Among the cheering crowd is his father, King Viserys, who previously dispatched Otto Hightower (Rhys Ifans) from his role as the Hand of the King. There's also a brief glimpse of Alicent's second son, Aemond, confronting a dragon.

Rhaenyra and Laenor's wedding in House of the Dragon episode 5 was preceded by Ser Cristan Cole killing the latter's lover at the pre-marriage celebration. With Laenor being homosexual in nature, the couple agreed they would find sex elsewhere, whilst avoiding any further scandal. The House of the Dragon episode 6 preview hints that the King's Landing inhabitants have doubts about her offspring, with many believing they are not actually Laenor's kids. What's more, neither offspring has the signature Targaryen blonde hair. “To have one child like that is a mistake. To have three is an insult,” a concerned Alicent tells the King.

New House of the Dragon episodes air every Monday at 6:30am IST on Disney+ Hotstar in India, and Sunday at 9pm ET on HBO Max wherever available. Season one consists of 10 episodes. From season 2 onwards, co-showrunner Miguel Sapochnik will be sidelined as an executive producer, following his exit from the project earlier this month.