And why she believes Tom Hiddleston and Wilson are so great together. 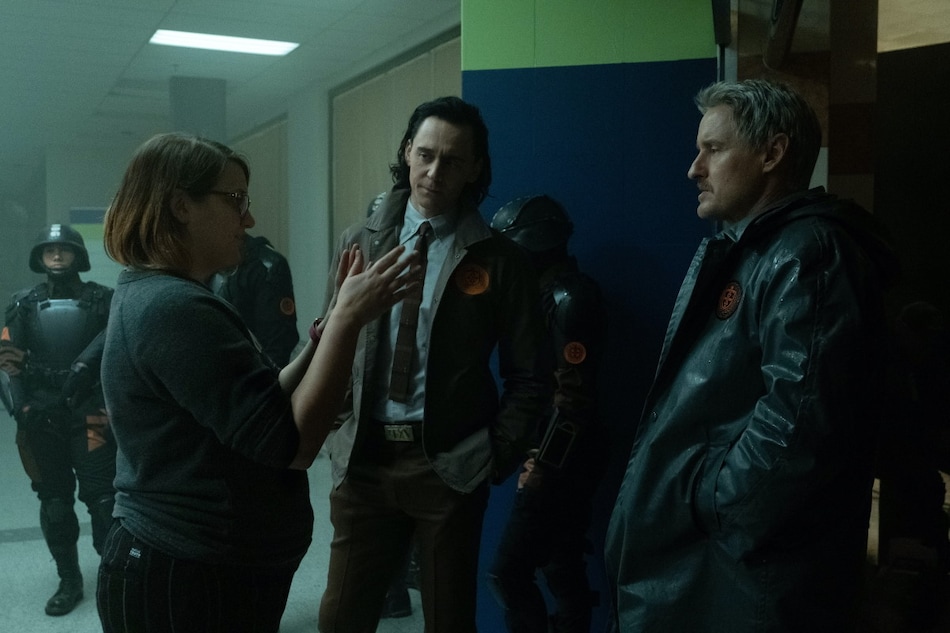 Loki brings a bunch of new faces to the Marvel Cinematic Universe, including Gugu Mbatha-Raw, Wunmi Mosaku, Sophia Di Martino, Richard E. Grant, Sasha Lane, and Owen Wilson. Just as in that sentence, the 52-year-old Texas native Wilson gets the special last billing honour in the Loki credits. And he no doubt earns that in Loki episode 1 itself, developing an instant bond with Tom Hiddleston's God of Mischief. But with his largely indie film background, Wilson joining the MCU — the biggest franchise out there — was no doubt surprising to many. What went into convincing Wilson? Loki director Kate Herron noted that his character Mobius, a detective-of-sorts at the Time Variance Authority, broke new ground for Wilson.

“I love [Owen's] work, and I remember that me and the team were so excited about casting him,” Herron told reporters over Zoom. “And they were like, 'Okay great, Kate, you're gonna phone him, and you'll get him on board.' And I was like, ‘Okay',” Herron added with a nervous chuckle. “It was a lot of pressure in that sense. But his films that he made with Wes Anderson early on, like Bottle Rocket, Rushmore, The Royal Tenenbaums, they made me want to make films. I love his work as a writer as much as an actor and I thought he was such an interesting idea as Mobius.

“And honestly, we just had a really long conversation about the world building within the show, the themes of the show, who Mobius is and his relationship with Loki, and who is Loki and his arc. It was a very comprehensive conversation. I remember my heart was beating so fast and I was like, ‘Oh, it sounds like he's into it', and at the end of the call, he was just like ‘I'm in'. And that was it really.

“So yeah, now he's in the MCU. And I think what he's done is just so different for him, and that was something important to him that we spoke about on the call, was that he wanted to do something really outside of himself. And I think physically, you can see he looks so different to the Owen Wilson that we've seen in other films. And I think that it's not even just a physical transformation. I feel like the characterisation he's brought as well to Mobius, is new ground for him.”

It's partly thanks to Wilson that the Loki-Mobius dynamic feels perfect off the bat, and becomes the engine of the new Marvel series right from Loki episode 1, as I noted in my review. Herron noted that it was helped by the Loki lectures Hiddleston conducted for the Loki cast and crew, including Wilson, in addition to script rehearsals, speaking with the writers, and hearing ideas from the duo themselves. Wilson and Hiddleston have different acting backgrounds, Herron noted, and she believes that also contributed to their chemistry.

“On set, Owen sometimes would improvise stuff, because that's Owen,” Herron added. “But the joy of it was that Tom's been playing Loki for over a decade so he very quickly could improvise something back in character. I think that was the real fun of it, and finding that rhythm on set. I think the interesting thing is that Tom is like a classically trained actor, and he's done a lot of Shakespeare. Whereas Owen, he began as like this indie darling and did a lot of comedy films. And I think bringing those two very different backgrounds and personalities together — I think that makes for great chemistry on screen.”