Loki-Simpsons Crossover The Good, The Bart, and The Loki Announced

Coming to Disney+ and Disney+ Hotstar alongside Loki episode 5. 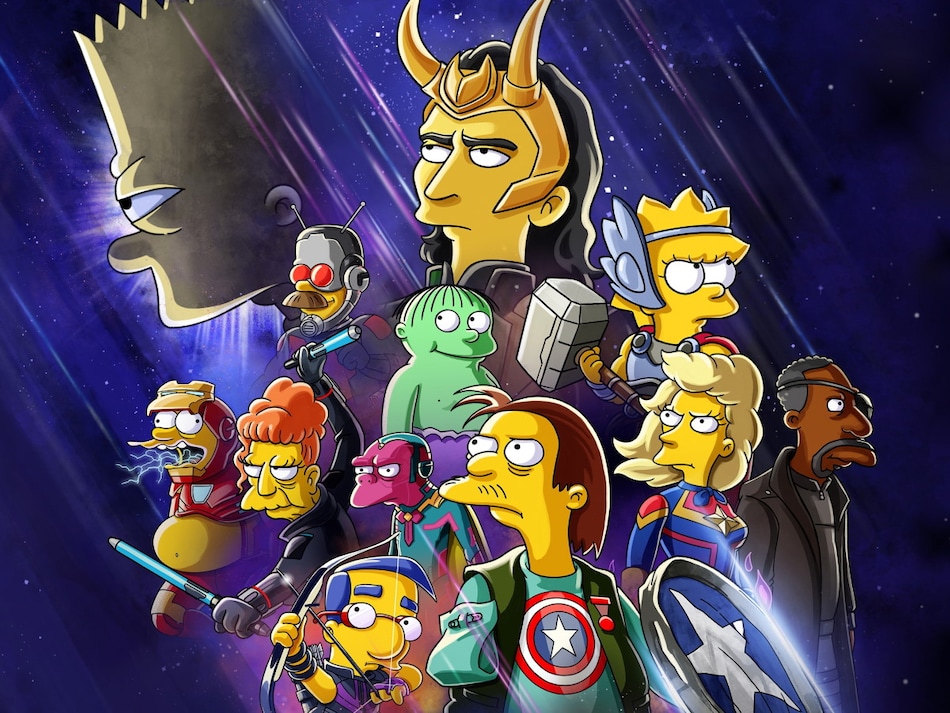 The Good, The Bart, and The Loki

Loki is headed to Springfield. On Wednesday, Disney+ announced a crossover between The Simpsons and the newest Marvel series for a July 7 release date — titled The Good, The Bart, and The Loki, it finds Loki (voiced by Tom Hiddleston) banished from Asgard once again. But this time, he ends up in the animated town of Springfield, where he teams up with Bart Simpson and must battle Springfield's mightiest heroes. Disney+ has unveiled a poster for the short film, which is inspired by the poster for Avengers: Endgame. The Good, The Bart, and The Loki is also coming to Disney+ Hotstar.

The Good, The Bart, and The Loki — a play on the famous movie The Good, the Bad and the Ugly — is the second such crossover with The Simpsons, enabled by Disney's $70-billion (about Rs. 5,21,174 crores) purchase of 21st Century Fox in 2019. (That also gave Disney control of Star India, Hotstar, Hulu, X-Men, Fantastic Four, and a lot more.) The first was Maggie Simpson in “The Force Awakens from Its Nap,” released on Star Wars Day, May 4 this year. More such Simpsons shorts are expected throughout the rest of 2021, to highlight Disney+'s “marquee brands and titles,”

Loki, Collar Bomb, and More on Disney+ Hotstar in July 2021

The Good, The Bart, and The Loki poster
Photo Credit: Disney

Further reading: Loki, The Simpsons, The Good The Bart and The Loki, Marvel, MCU, Tom Hiddleston, Disney, Disney Plus, Disney Plus Hotstar