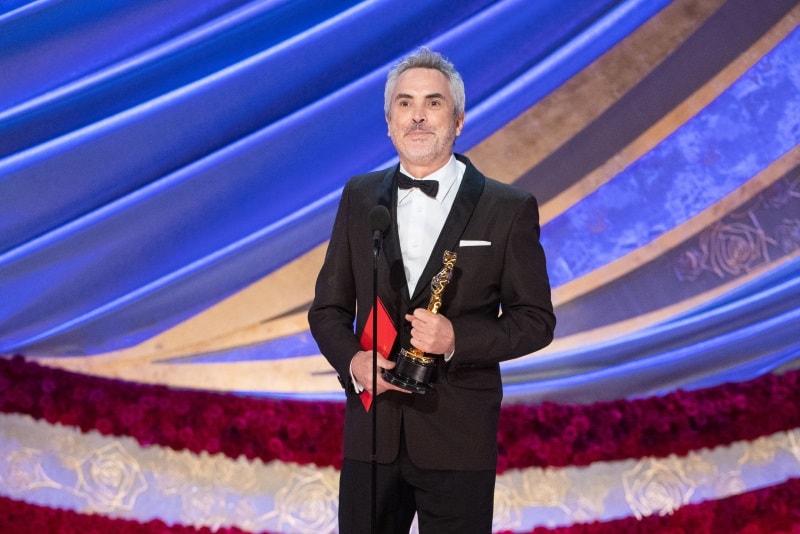 Superhero movie Black Panther and Alfonso Cuarón-directed Roma made history at the 2019 Oscars, for Marvel Studios and Mexico, respectively, as both films picked up three awards apiece. With its wins in costume design, production design and original score, Black Panther gave Marvel its first Academy Award — three in one go — while Roma's win in the foreign language film lineup brought Mexico its first Oscar in that category. The film's writer-director, Cuarón, won two more awards at the 2019 Oscars, for direction and cinematography, making history himself as the first director of photography to win an Academy Award for a film he directed.

Oscars 2019: Full List of Winners at the 91st Academy Awards

“I grew up watching foreign language films and learning so much from them and being inspired,” Cuarón said, while accepting the 2019 Oscar for Best Foreign Language Film for Roma. “Films like Citizen Kane, Jaws, Rashomon, The Godfather and Breathless. When asked about in the book about the New Wave, Claude Chabrol said, ‘There are no waves, there's only the ocean.' I think that the nominees tonight have proven that we are part of the same ocean.”

Back on stage later to accept the 2019 Oscar for Best Director for Roma, Cuarón thanked the cast, crew and Netflix, and added: “Being here doesn't get old. […] I want to thank the Academy for recognizing a film centered around an indigenous woman, one of the 70 million domestic workers in the world without work rights, a character that has historically been relegated in the background in cinema. As artists, our job is to look where others don't. This responsibility becomes much more important in times when we are being encouraged to look away.”

In his speech for the Academy Award for Best Cinematography for Roma, Cuarón thanked his frequent collaborator Emmanuel “Chivo” Lubezki, whom he was unable to work with on Roma because he was unavailable: “If this film was created by my own memories, the film was crafted through the memories of what this great master of cinematography has given to us. It is well-known that in Billy Wilder's office there was a sign that said, ‘What would [Ernst] Lubitsch have done?' And for me, it was, ‘What would Chivo Lubezki have done?' So, this is for you, too, Chivo.”

“Marvel may have created the first black superhero but through costume design, we turned him into an African king,” Carter said in her acceptance speech. “It's been my life's honour to create costumes. Thank you to the Academy. Thank you for honouring African royalty and the empowered way women can look and lead onscreen. Thank you to my crews around the world who helped bring Wakanda to life. Our genius director, Ryan Coogler, you are a guiding force. Thank you for your trust and understanding my role in telling the African-American story.”

Winning the 2019 Oscar for Best Original Score for Black Panther, composer Ludwig Göransson reflected on his college days with director Coogler and added: “Ryan, working with you has been an incredible honour. I remember 12 years ago we were sitting in our dorm at USC writing the score for your first short film and we're here twelve years later, you know, celebrating one of the most important cinematic moments in history. I want to share this award with all the incredible African artists that I worked with on the score, Baaba Maal, Massamba Diop and all the classical musicians in London that recorded on the score.”

Among other awards, Spider-Man: Into the Spider-Verse won the 2019 Oscar for Best Animated Feature Film, which was the first win for Sony Pictures Animation at the Academy Awards.