Plan A Plan B Trailer: Netflix’s Rom-Com Pits a Matchmaker and a Divorce Lawyer Against Each Other

Tamannaah Bhatia and Riteish Deshmukh lead the cast of Plan A Plan B. 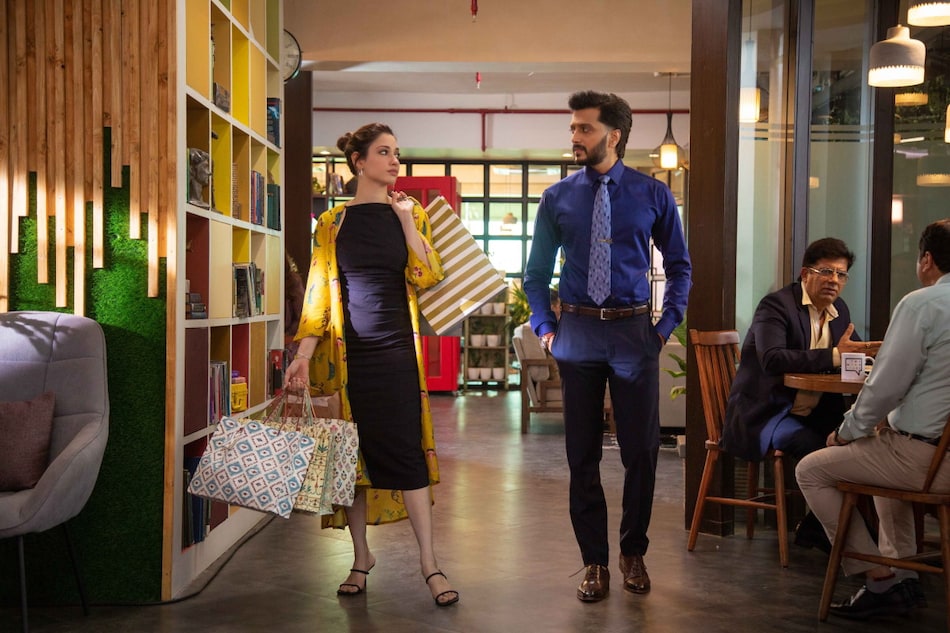 The screenplay for Plan A Plan B is written by a newcomer, Rajat Arora

Plan A Plan B trailer is out. Netflix has unveiled the first trailer for its upcoming Indian rom-com, starring Riteish Deshmukh and Tamannaah Bhatia in the lead. The film centres around an unlikely match between a divorce lawyer and an earnest matchmaker, who battle it out to determine whose ideals are in the right. Shashanka Ghosh — best known for House Arrest — directs the film from a script penned by newcomer Rajat Arora. Plan A Plan B releases on September 30, exclusively on Netflix.

The quirky trailer for Plan A Plan B begins with Kaustubh Chougule (Deshmukh), a successful lawyer, laying out business plans for his next-door employee. “Plan A, you get people married. Plan B, I handle their divorce cases,” he tells a surprised Nirali Vora (Bhatia), a matchmaker, who just moved into the office next to his. Cold cuts reveal that Chougule has never had the best luck in long-term relationships, always vouching for Tinder-based hookups and helping out torn-up families in need. Vora, however, is the exact opposite — a psychologist cum marriage counsellor, who believes in true, long-lasting relationships. But there's a catch. She believes that those ideals don't apply to her — making her somewhat of a hypocrite.

The Plan A Plan B trailer then displays the back-and-forth conflict between the two characters, forming the crux of the story. Chougule is described as an arrogant individual, playing pranks that try to solidify the idea that marriage is dead. “Matchmaking in times of Tinder. Why marry when you can just ‘do it'?” he says, whilst remaining hellbent on getting people divorced. It then cuts to hints of romance between the two, as they get comfortable with each other's presence — sharing “gifts,” playful arguments, and constant banter.

The pair even try measuring their compatibility through a test, which spits out a low score of 35 percent. This presumably causes them to fall apart — as seen towards the end of the Plan A Plan B trailer — leading to emotional distress, and seeking solace through close friends and family. The Netflix film also stars actress-turned-politician Poonam Dhillon and Kusha Kapila.

Plan A Plan B releases on September 30, exclusively on Netflix.

Plan A Plan B