Star Wars 2022 Movie Will Be From Game of Thrones’ David Benioff and D.B. Weiss

Not the best of times to make the announcement, Disney. 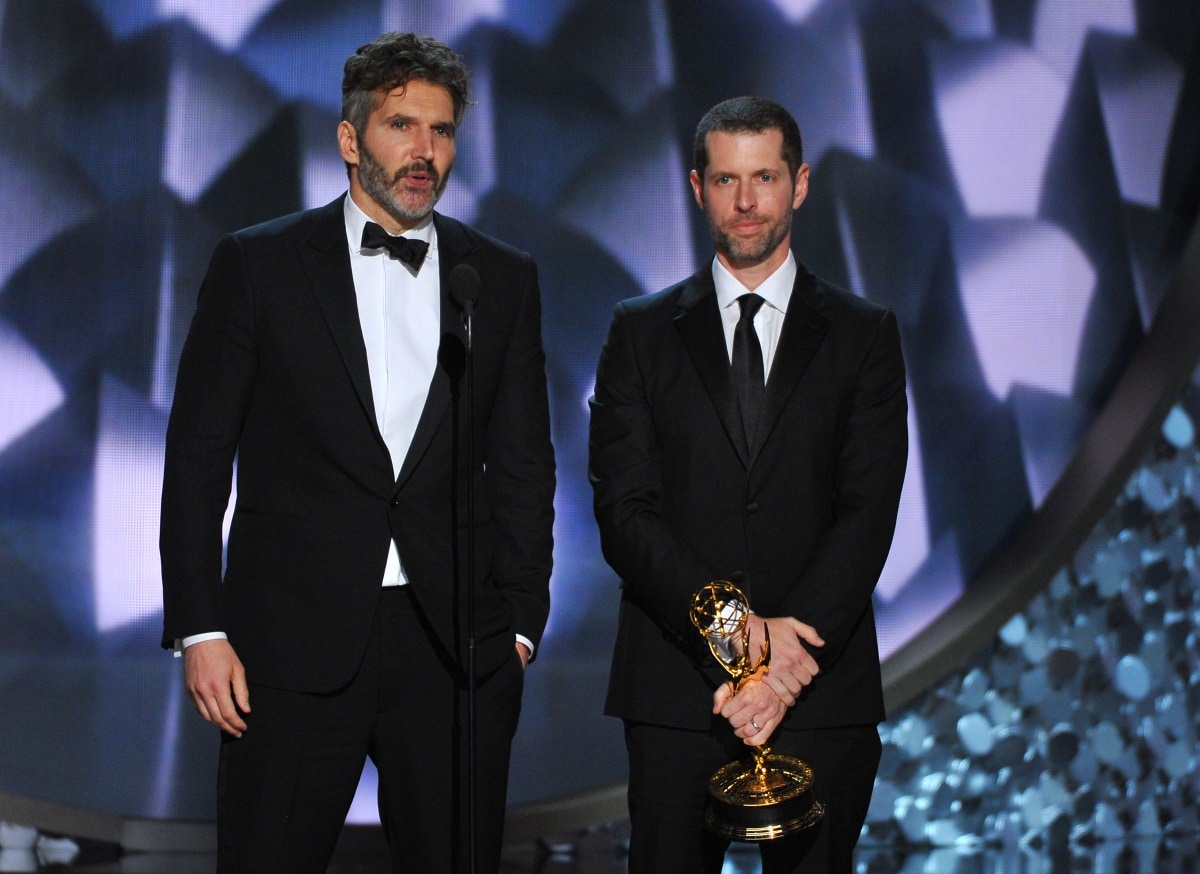 The next Star Wars movie after Episode IX – The Rise of Skywalker, set for 2022, will be from Game of Thrones creators David Benioff and D.B. Weiss, Disney CEO Bob Iger revealed Tuesday at the MoffettNathanson Media and Communications Summit in New York. This comes a week after Disney unveiled its release slate that featured three new untitled Star Wars films between 2022 and 2026 but didn't say which ones would be from The Last Jedi writer-director Rian Johnson or Benioff & Weiss. Now we know about the first one, though there's still no clarity on the other two.

Iger reiterated the hiatus he has talked about in the past and added: “Now, we're not going to wait until [Star Wars: The Rise of Skywalker] is released and start figuring it out. We're actually hard at work doing that already. The conclusion that we reached was that three years was the proper amount of time to not only take a breather and reset, but to really gear up for the next film's release. We did a deal with David Benioff and Dan Weiss, who are famous for Game of Thrones and the next movie that we release will be theirs, and we're not saying anything more about that.”

Considering how Game of Thrones' final season has been received for the past two weeks, with fans and critics skewering Benioff and Weiss for the clunky storytelling, this is far from the best of times for Disney to make such an announcement. That said, the problems that have emerged on Game of Thrones season 8 aren't exactly new. Logic, character arcs, and story depth went out the window in season 6 and the issues have only exacerbated since. It's why right after Benioff and Weiss were first announced as Star Wars guardians, we wondered if placing it in their hands “might be a bad, bad idea”.

For what it's worth, Lucasfilm president Kathleen Kennedy hasn't been averse to kicking creators off Star Wars projects. Phil Lord and Chris Miller were fired from Solo: A Star Wars Story four months into production, reportedly owing to their different working style, and then Colin Trevorrow was fired from Star Wars: The Rise of Skywalker during the writing phase, after he reportedly clashed with Kennedy and other Lucasfilm executives over the script. Benioff and Weiss have been charged with a series of Star Wars films — which might be a trilogy — and you can expect them to be let go if it doesn't work out as Lucasfilm wants it to.

Benioff & Weiss' first Star Wars movie will release December 16, 2022. Two more Star Wars films are slated for December 2024 and 2026. Before all that, Star Wars: The Rise of Skywalker opens December 20.