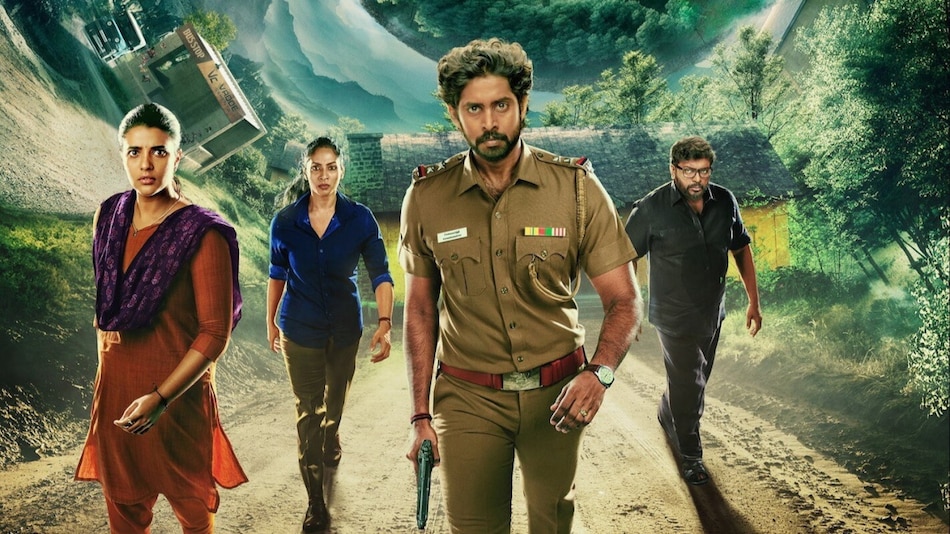 Suzhal is touted to be a thriller

Suzhal – The Vortex release date is out. On Friday at IIFA, Amazon Prime Video announced that the eight-episode crime-thriller Suzhal web series will premiere on June 17 in the original language Tamil alongside dubs in Hindi, English, Telugu, Kannada, and Malayalam. Amazon also shared a new poster from Suzhal – The Vortex to give fans a glimpse of what is in store for them. The Suzhal web series poster introduces us to the main characters without revealing anything about their backgrounds or motives. Newcomers Bramma and Anucharan M. direct off a script from showrunners Pushkar and Gayatri, who are best known for directing the 2017 gangster-thriller Vikram Vedha, and its upcoming Hindi remake of the same name.

Aishwarya Rajesh (Vada Chennai), Kathir (Bigil), and Sriya Reddy (Sometimes) headline the Suzhal – The Vortex cast with actor-director Radhakrishnan Parthiban (Oththa Seruppu Size 7) in a key role. Expect the action to be quite layered and intense, something that Pushkar and Gayatri indicated while talking about the plot.

They said in a prepared statement: “With a dark mystery at core, the story will have the viewers at the edge of their seats. Directors Bramma and Anucharan M. have done a tremendous job in keeping the pace of the narrative swift and intense. And our superb ensemble of actors has breathed life into the characters with their power packed performances.”

Suzhal – The Vortex comes at a time when Amazon Prime Video is trying to make in-roads into the Tamil market. The 2018 thriller series Vella Raja is regarded as the streaming platform's first major attempt in that direction. It, however, received mixed reviews. The anthology movie Putham Pudhu Kaalai and its 2022 sequel Putham Pudhu Kaalai Vidiyaadhaa helped it get things back on track as they received critical acclaim. It remains to be seen whether Suzhal – The Vortex proves to be a memorable release from the platform and the industry.

All eight episodes of Suzhal – The Vortex will be out June 17 on Amazon Prime Video.