God of War Ragnarök releases on November 9, exclusively on the PS4 and PS5. 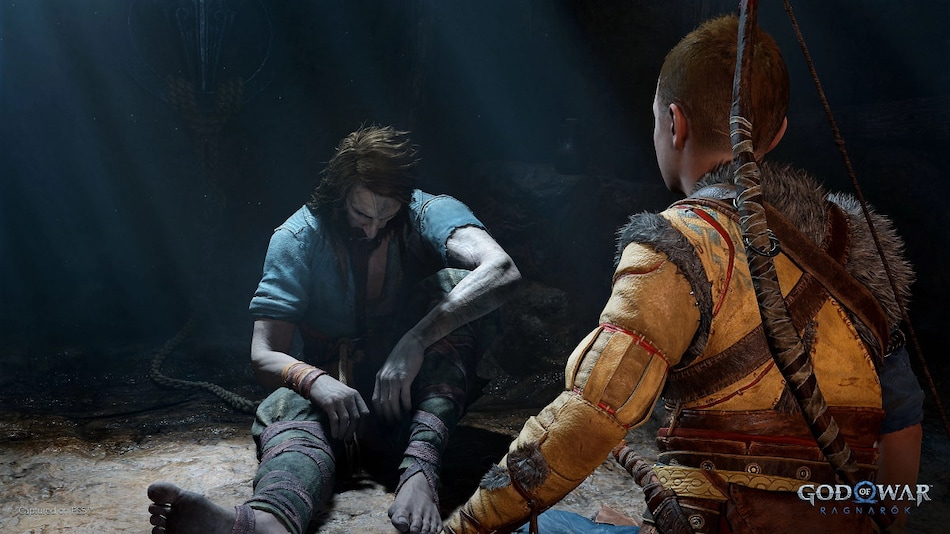 An imprisoned Týr, son of Odin, guides the duo into the nine realms

God of War Ragnarök just got a story trailer. At the State of Play event, held early Wednesday, PlayStation dropped a new trailer that offered hints about the main story, and showed a closer look at the combat in-game. Marking the end of the Norse saga, the father-son duo are headed to the nine realms, to seek answers as the Asgardian forces prepare for the prophesied battle. God of War Ragnarök releases on November 9, exclusively on the PS4 and PS5.

The crux of the story, as revealed in the God of War Ragnarök trailer, is that Atreus is keeping some secrets from his father. Kratos, who now journeys through Fimbulwinter — a prelude to the apocalypse — purely based on his son's instincts, has finally made contact with Týr, son of Odin, who immediately recognises him as the God Killer. The trio then journey into an undisclosed realm, housing a tenacious foe that seems to be the key piece to a puzzle — as evidenced by Týr dragging it along a lighted pathway.

The God of War Ragnarök trailer speaks of fate, as Kratos guides his son in creating his own destiny. The sins of his past have come to haunt him, with a pair of punishingly difficult Valkyries calling him a Pretender God. “All that blood on your hands, on your son's hands,” mentions Tyr, indicating that events from the first game have their consequences. There's also a brief conflict between the father and now-teenaged son — who has discovered his name to be Loki —  as they journey deeper into the nine realms.

New gameplay is also put on display, as we see Kratos leaping across large gaps, using the Blades of Chaos as a grappling hook/ anchor — functioning as a double jump ability in select regions. Kratos can also infuse his armaments with fire or ice elemental attacks, that deal more damage and stun incoming hordes of enemies. The trailer concludes with brief glimpses of Freya, as Týr continues nagging Kratos. “In your lifetimes, has anyone ever worshipped you? Ever prayed to you?” he says. “Can you even imagine that kind of love?”

The God of War Ragnarök trailer also teases the long-awaited fight against Thor, the God of Thunder, as the two clash in hopes of resolving past beef. Sköll and Hati, the two giant wolves who are known for chasing after the Sun and Moon, causing a tear in the heavens, are also featured. It is foretold that the wolves catching and devouring their prey will mark the beginning of Ragnarök.

God of War Ragnarök releases on November 9, exclusively on the PS4 and PS5. Pre-orders are now live at Rs. 4,999 for the standard edition on PS5 and 3,999 for the PS4 version.