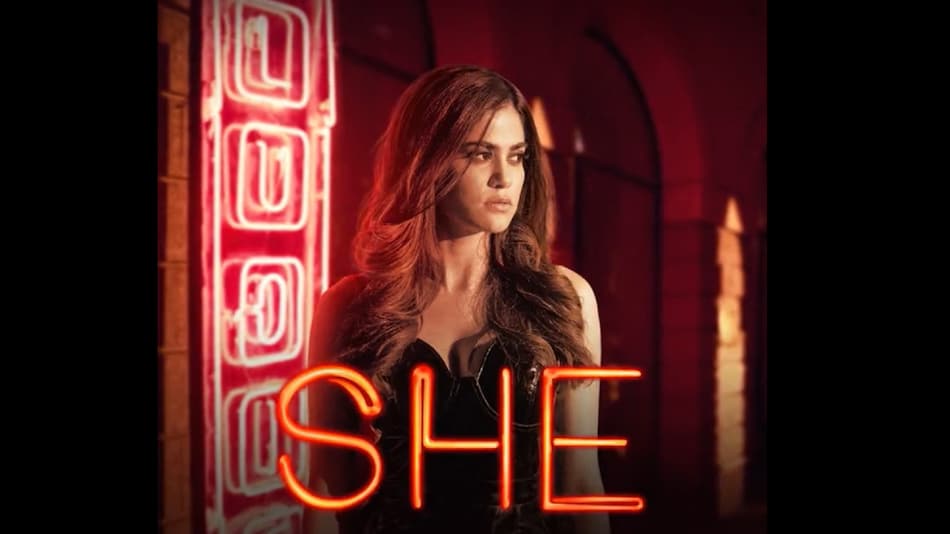 Netflix India dropped the first look of She: Season 2 on Thursday

She — the Indian Netflix series written and created by filmmaker Imtiaz Ali — is returning with its second season on June 17.

All the seven episodes in the series are directed by Arif Ali. She season 2 is a production of Viacom 18 Studios' Tipping Point and Window Seat Films. Mohit Choudhary co-produces.

SHE'S COMING BACK!
Get ready for a thrilling ride full of twists because Season 2 arrives on 17th June, only on Netflix????‼️ pic.twitter.com/DBJ4BZW4Qp

Starring Aaditi Pohankar in the central role of an undercover Mumbai constable, She season 2 picks up from where the first season ended, as the actor's character of Bhumika finds herself back into the dark alleys of Mumbai, while wrestling with the twin forces of duty and desire.

"We're so excited to bring She back. It's been a very special project, something that we've held close to our hearts for almost two years now," Pohankar said in a prepared statement.

"Personally, I relate a lot more to the characters that are dealing with their own vulnerabilities. It's wonderful to be able to express that on-screen. I think vulnerability makes you more relatable and makes the audience connect more deeply with your character,” the actress added.