Daredevil Season 3: What Worked and What Didn’t 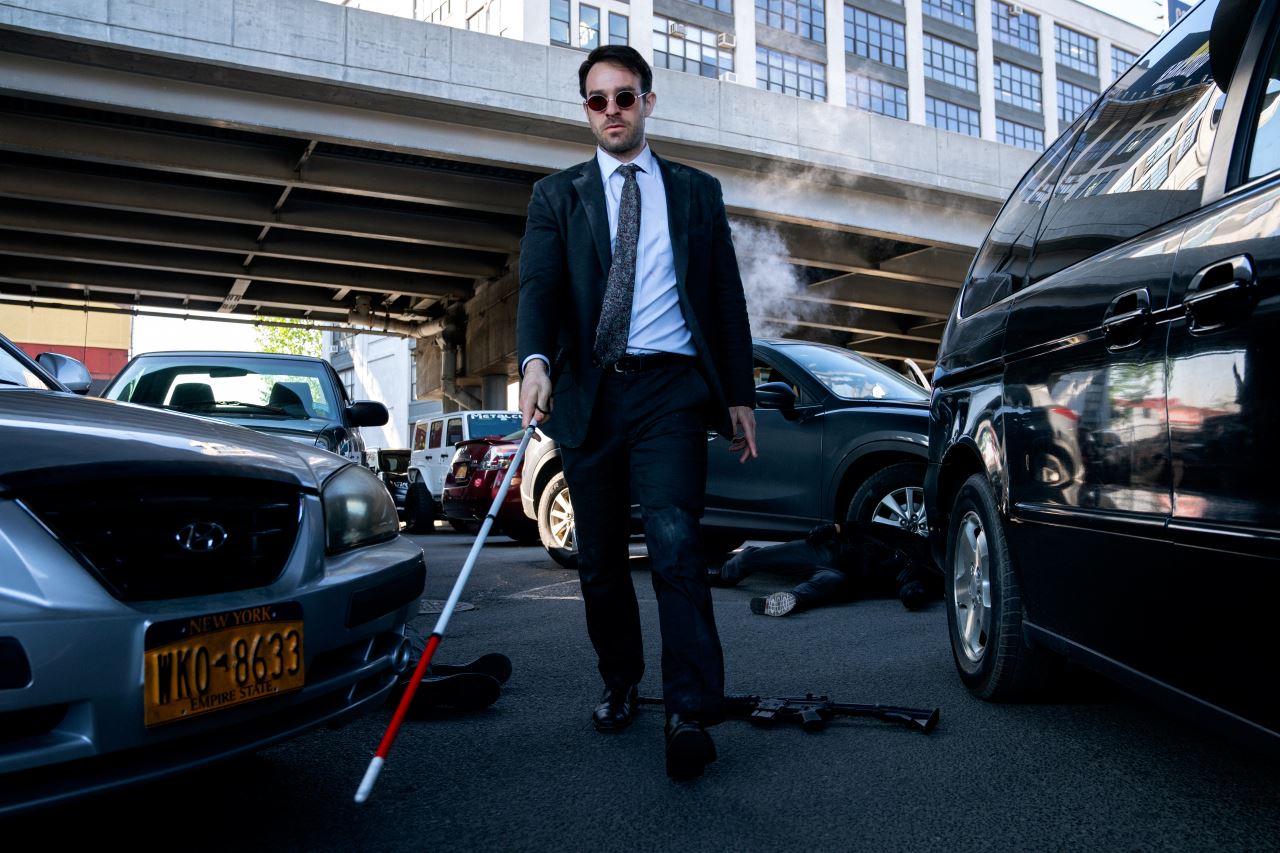 “You put on that mask because it lets you feel all right with who you really are,” a vision of Jack Murdock (John Patrick Hayden) tells his son Matt (Charlie Cox) deep into Daredevil season 3. “It lets you hurt people and makes you feel like it's for something important, something good, maybe even for God.” Though it starts off as Matt's father talking in his head and then turns into Wilson Fisk (Vincent D'Onofrio) by the end — a bit like having an angel and devil on your shoulder, except they are saying the same thing — those words, more importantly, get to the crux of the blind superhero's struggles with himself, since the very beginning of the Netflix-Marvel series.

A big theme of the third season, which released all 13 episodes last Friday, is Daredevil's contemplation of his vigilante actions and whether he truly achieved anything significant, in the wake of losing his love Elektra Natchois (Élodie Yung) due to the events of the crossover miniseries The Defenders and seeing Fisk walk out of prison in exchange for cooperating with the FBI after he — and his friends Foggy Nelson (Elden Henson) and Karen Page (Deborah Ann Woll) — had worked so hard to put him there. And that only gets worse as Fisk puts his (endless) plans into motion, with the long trail of innocent deaths pushing Murdock over the edge, who starts to believe killing Fisk might be the only way.

Despite being frequently brought up across many an adaptation, that's huge for superheroes, whose goodness rests on them not crossing that line, and especially for Catholic ones such as Daredevil who believe everyone deserves redemption, as Nelson reminds us late into the season. Sister Maggie (Joanne Whalley) plainly lays the consequences when she warns him to not “become the monster [he's] trying to vanquish” as Matt initially flirts with the idea for most of the second half of Daredevil season 3. But the show fumbles its handling of the heavyweight topic, with the finale unable to iterate on the existing canon and sends mixed messages about what it's actually trying to say.

After Matt coaxes some secrets out of Fisk's right-hand man and then uses them to turn FBI agent Ben Poindexter (Wilson Bethel) against Fisk — in the process, it turns the death of Dex's friend Julie (Holly Cinnamon) into the literal translation of "fridging" as her body is found in a walk-in refrigerator — it seems that our hero has found a way to get one villain to kill another, which would keep him on the good side albeit on a technicality. But it turns out Daredevil isn't okay with that and just used Dex to get past the heavy security detail that Fisk had installed. He's then forced to save Fisk and his new wife Vanessa Marianna (Ayelet Zurer) from the raging Dex, while at the same time trying to beat Fisk up. And it doesn't help that it's easily the worst choreographed action scene of the entire season at the worst possible time: in the finale.

While that spoils the landing for Daredevil season 3, a more recurring annoyance is how the writers — under new showrunner Erik Oleson (Arrow, The Man in the High Castle) — made Fisk nearly omniscient and omnipotent. The third season is the first time he's referred to as his comic book alter ego Kingpin, thanks to the codename within the FBI, and the show seems to have embraced the history within the coloured pages when it comes to the limits of his influence as well. Not only does he have leverage over half a dozen FBI agents, which allows him to order fake raids and lock down churches across New York, his plans somehow seem to account for every single possibility and scenario too.

Daredevil shows up out of the blue at a prison? Have someone inject him with something. Did he somehow survive that? Get several guys to beat him up. Did he survive that too? Make a prison riot happen. Did he still get out alive and escape in a taxi? Have someone hijack the taxi and try to drown him in a river. Fisk's extensive planning covers Nelson too, whose entire family is a call away from being in prison due to a loan scam his brother Theo (Peter Halpin) fell for. And the elaborateness of Fisk's schemes stretches belief when we are told that he pulled the healthcare coverage of the sister-in-law of FBI agent Ray Nadeem (Jay Ali) in preparation for leaving prison, a year before he was even told that the government would try to extradite and charge his then-fiancée Vanessa as an accessory.

The other problem with the second half of Daredevil season 3 was its mishandling of the big family reveal that Maggie is Matt's mother after all. (Comic book fans knew this would mostly be the case when they first heard her name being called out at the end of The Defenders.) Though it gave the character a proper flashback that detailed her postpartum depression and her indecision surrounding being a nun, the show never let the two characters have a proper heart-to-heart conversation. Instead, both Matt and Maggie deal with the fallout separately, with the former confronting Father Lantom (Peter McRobbie) for lying to him for decades while the latter discusses her fears and regrets with Karen. It's a shame that Daredevil doesn't know what to do after the reveal, given the dynamic between the two earlier in the season.

Thankfully, the show's only other important female character — Karen — was served much better, with Daredevil season 3 continuing its love for detailed and well-written background development. It spent over half an hour in the tenth episode, fittingly titled “Karen”, to offer an extended peek into the Page family background, from the years after losing her mother to cancer and keeping the family's diner afloat to losing her brother Kevin in a car accident that was partly her own fault, which caused her relationship with her father to break completely. It did suffer from a couple of logic jumps, with Kevin setting fire to the RV owned by Karen's boyfriend being the big one, but it was still an affecting narrative overall.

Unfortunately, the second half of the third season also brought back an undesirable facet from the early episodes, that of erratic pacing. The eleventh episode, where the FBI locks down the church to find Daredevil and Karen, was particularly guilty of that with nearly the entire episode devoted to that narrative thread, in addition to a few other episodes that seemed to be spinning their wheels in the wait for the finale. Daredevil season 3 was still very watchable when it let the central trio — Matt, Foggy and Karen — be in the same scene or when Fisk remained a believable threat, but all the aforementioned things tended to muddy the waters.

Set aside the Dex-Bullseye transformation tease clipped onto the end, the season finale — with its closing scene of Foggy pitching a three-partner law firm — could easily be read as a series finale, more so in the wake of Netflix axing two of five Marvel shows, Iron Fist and Luke Cage, in the past week. We'll just have to wait and see if Oleson — or someone else, given the show has had a new showrunner every season until now — will get a stab at a season-long Daredevil vs Bullseye story.