Assassin’s Creed Valhalla: Wrath of the Druids — What to Expect

Wrath of the Druids release date, map, gameplay, length, and download size — we preview it all. 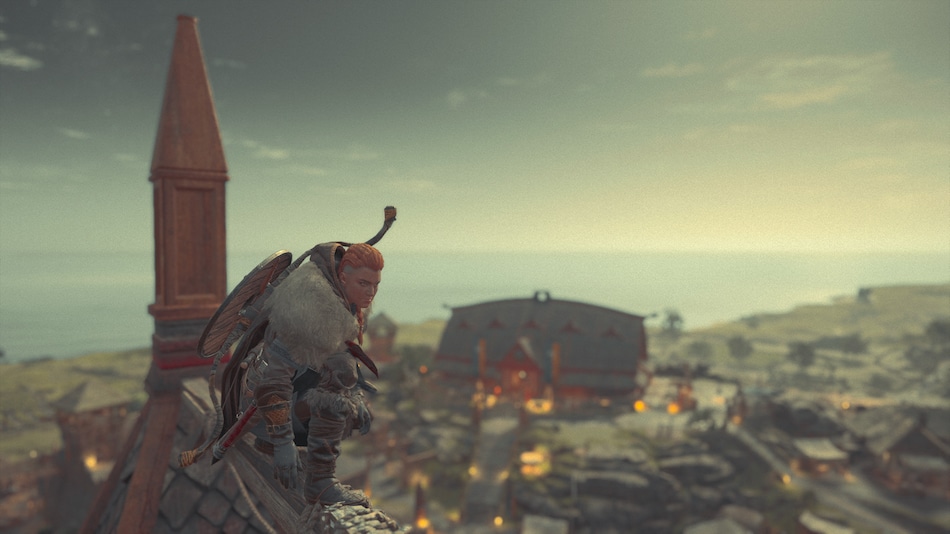 Eivor in Dublin in Assassin’s Creed Valhalla: Wrath of the Druids

Asassin's Creed Valhalla is back for more. On May 13, Ubisoft will roll out Wrath of the Druids, the first paid downloadable content expansion for its Vikings-inspired Valhalla game that will take you to 9th-century Ireland. You will continue to play as Eivor — Valhalla's protagonist — who journeys from England to Ireland after receiving a letter from the king. Actually it's more like a king, given there are many who dot the Irish landscape in what is a time of strife, conflict, and war. But why is the king of Dublin writing to Eivor, a vikingr from all the way up north? That's a tiny spoiler you can discover for yourself — or just watch the video below.

To get your hands on Wrath of the Druids, you will need to pick up the Season Pass for Assassin's Creed Valhalla. That will get you access to two DLC expansions, including this one and The Siege of Paris that will find you taking the Viking war to Paris. Lastly, you will also get access to The Legend of Beowulf, an exclusive quest that was also offered with select preorders. Unfortunately, the Valhalla Season Pass is nearly as expensive as the game itself on some platforms. It costs Rs. 1,999 on Epic Games Store for PC, Rs. 3,324 on Xbox One and Xbox Series S/ X, and Rs. 3,330 on PlayStation 4 and PlayStation 5. That's… a lot.

For your money, Ubisoft says you will get 18 more hours of Valhalla — 13 hours in main quests, and another five hours in side activities — with Wrath of the Druids. That's a lot for an expansion, though it's understandable given the base game ran close to 90 hours. During that time, you will help the newly crowned High King of Ireland Flann Sinna bring the land together under a single rule. Meanwhile, you can increase your wealth by setting up trading ports with distant overseas nations. And now that Ubisoft gets to tackle Irish mythology, that calls for druids — it's literally in the title — in addition to legendary beasts that Eivor can fight and take down.

As you can tell, there's a lot to do here. I've only spent a few hours in Assassin's Creed Valhalla: Wrath of the Druids, which is why I'm not going to deliver a verdict. But I can tell you what it's like — or you can watch me play Wrath of the Druids in the video above, if that's more to your liking. To get started, you will need to have completed the first story arc you choose in England. That means establishing an alliance with either Ledecestrescire or Grantebridgescire, which are the first two regions available to you upon Eivor's arrival on the British isle. Once you've finished the first few missions after pledging allegiance, you can embark on your Irish journey.

Except Ubisoft recommends that you hit at least power level 55 before you step foot in Ireland. That's because the whole of Ireland has been set at power level 55 — unlike England, where the power level between one region and its neighbour can wildly vary at times. But for what it's worth, I was below that recommended power level and I managed just fine. Though yes, I must admit I played on a lower difficulty level as I'm far from good at Valhalla (or any of the recent Assassin's Creed games, for that matter). To me, Wrath of the Druids feels like an early mid-game expansion, with Ubisoft wanting as many Valhalla players to spend more money on the game.

The maximum power level has been expanded with the arrival of Wrath of the Druids DLC, as it comes with three new major skills — Eye of the North, Cold Rage, and Intense Rage — whose purpose is to help you become unfazed in battle. If you are attacked while you're preparing to attack yourself, Eivor won't flinch anymore. That should help you land more blows in a fight though you will naturally need to keep a close eye on your health meter.

You can also choose to go back and forth between England and Ireland if you like. After you speak to the new one-eyed trader Azar — you will only see him once you've the first Ledecestrescire or Grantebridgescire alliance in place — at the Ravensthrope docks to kick off your Irish expedition, Azar will ask you to clear out a blockade on the river that runs by your English home. Once that's done, Azar will set up an Irish trade post at Ravensthrope. It's that very building that is your gateway to Ireland and in turn, Assassin's Creed Valhalla: Wrath of the Druids expansion. Of course, you can always use the world map in the menus to fast travel, but that's not as much fun.

Assassin's Creed Valhalla was already a massive game — it used the Viking home of Norway merely as a prologue, before throwing us into the thick of things with England. Eivor can even take short surreal trips to Asgard, thanks to Valka's potions. It's now thrown Ireland into the mix though it's still weird to me how the Vikings and Ubisoft sailed right by Scotland, which surprisingly isn't part of Valhalla DLC expansion plans at all. Instead, we will be headed to the French capital in summer 2021. There's no word on a new Assassin's Creed game just yet, but Valhalla plans to keep you plenty busy until then.