Players will get access to costumes of characters from NieR:Automata, and NieR Replicant ver.1.22474487139. 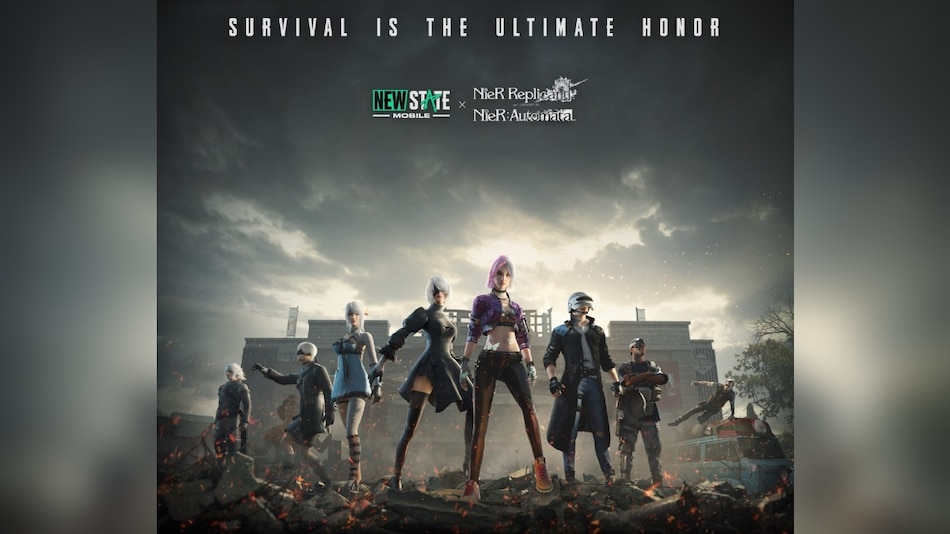 NieR Series-themed content is available on Android and iOS

New State Mobile developer and publisher Krafton, and NieR video gamer series publisher Square Enix have collaborated to bring NieR series-themed character costumes, in-game items, and rewards. The costume of NieR:Automata's signature characters 2B and 9S, and NieR Replicant ver.1.22474487139…'s Protagonist and Kaine will be available for players. The NieR series-themed content will be available in the upcoming update. Meanwhile, New State Mobile is getting an optional update for Android gamers. It brings fixes in regards to weapons and FPS issues.

The NieR series-themed content will be available from April 29 through May 19. Krafton says that as a part of the update, New State Mobile players will get items such as an emote, armour, weapons and vehicle skins. The costumes of NieR:Automata's signature characters 2B and 9S, and NieR Replicant ver.1.22474487139…'s Protagonist and Kaine will be available for players to obtain. There will also be a themed reward event, and a collection of new in-game items for players to collect.

Furthermore, there will also be a NieR series in-game reward event. “Players who complete the themed missions will be able to obtain a NieR Series profile icon, profile frame and frame effect, which can be used to customise their profiles,” Krafton said. Square Enix's NieR:Automata revolves around androids 2B, 9S and A2, and their battle against powerful weapons known as machine lifeforms. The NieR Replicant ver.1.22474487139… is a re-telling of the NieR Replicant third-person action-RPG, which was originally released in Japan in 2010. It is a prequel to NieR:Automata.

In a related development, an optional New State Mobile update has been released for Android users. The update fixes an issue where players could not fire their weapons when trying to shoot after moving away from an obstacle that was blocking their sight. It also resolves a problem where the player could set the FPS to "High" on low-end devices. Krafton says that an “equivalent update for iOS devices is currently in the works and will be available in the near future.”