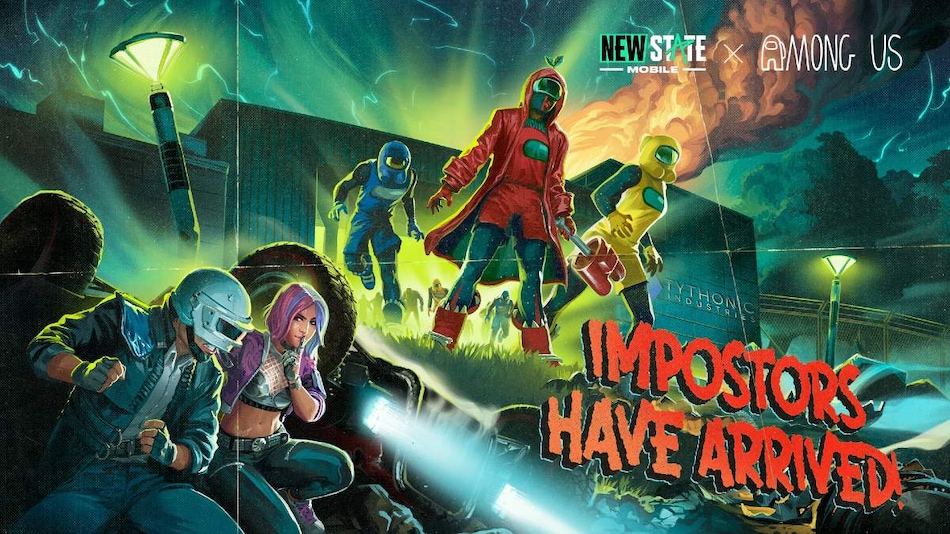 New State Mobile, and Innersloth collaborated for Among Us-themed content

New State Mobile April Update is now live on Android and iOS, game developer Krafton announced on Thursday. The update brings along various new things which include the popular BR: Extreme Mode to the Erangel map, a new Survivor Pass, a new MCX weapon as well as a mini-game. This game is based on Among Us theme as a part of New State Mobile's collaboration with Redmond-based gaming firm Innersloth. Players will have access to special cosmetic items, in-game props, and a special Among Us-themed event with rewards.

The major update that the New State Mobile 0.9.30 release brings is a collaboration event based on Among Us. From April 21 till May 19, the players will be able to play a mini game after entering Troi's starting island. Squad members have to identify one member which is randomly assigned as the Impostor. While the imposter eliminates others with weapons, the remaining members must try to avoid getting killed by the Impostor.

The weapons, including a legendary level-up gun skin for the M416, and other items will be available in the time-limited Among Us crate. "Players can also participate in a special in-game event that requires them to complete missions to win Among Us-themed prizes, including profile frames, titles, icons and more," as per a blog post on New State Mobile website.

As far as event rewards are concerned, three free Among Us Crate Tickets will be given to players. Krafton says the event rewards expire on May 18, 1:00 UTC (6:30am IST).

Another major item that the New State Mobile update introduces is the MCX weapon. As per the developers, the MCX is the most powerful weapon that has been introduced into the game. “The weapon is a rapid firing AR that uses 5.56mm ammo and has a customisation option to attach an enhanced suppressor,” it says. The enhanced suppressor allows the players to be stealthier, however, when using the enhanced suppressor, the front attachment slot will not be available and the recoil will be increased.

The New State Mobile April update also brings along a slew of weapon customisation options as well as a few new items. The DSR-1 and the Crossbow will have an added customisation slot. The slot allows Tank Flash Hider integration into the DSR-1, and magnetic bomb ammunition for the Crossbow. Guns like the M416 and Beryl M762 have got a Grenade Launcher Attachment. There is a 10x Deca Vision scope included in the Drone Store, and it can be adjusted from 3x to 10x.

The new items that have been added include a Poison Grenade and T-RS healing item. The Poison Grenade can be used to scatter players hiding in one spot or to counter a Smoke Grenade. The T-RS can be used to recover HP and boost to 100 percent. Apart from this, the New State Mobile April update also brings the Survivor Pass Vol. 6 with Marion from the Hunters faction. Marion's costumes and character appearance can be earned by completing all of the Story Missions.

Lastly, the popular BR: Extreme Mode is added to Erangel in which 48 players can battle. New State Mobile players will have access to starting items like the Skorpion, a level one helmet and vest, a First Aid Kit, Bandages, a Pain Killer, Energy Drinks, a Smoke Grenade and 500 Drone Credits.