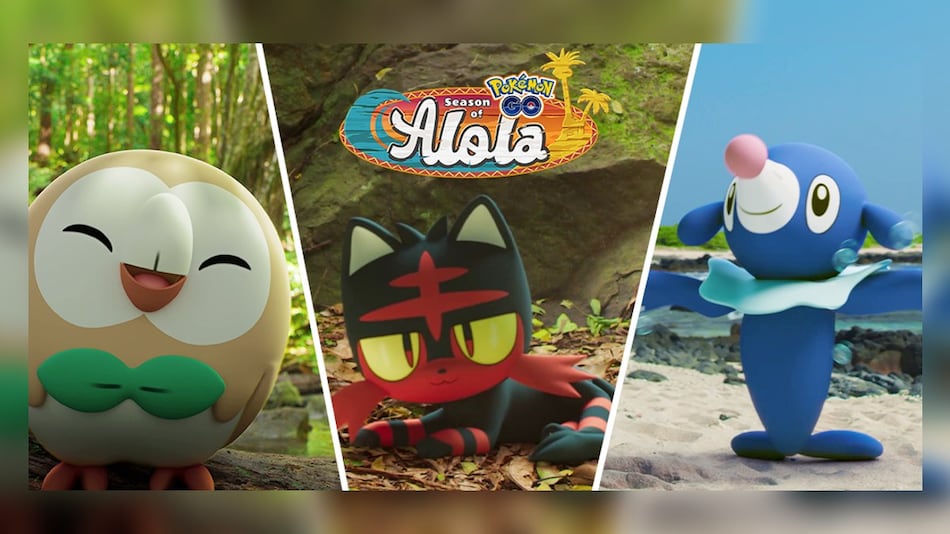 Pokemon Go Season of Alola will end on June 1

Pokemon Go Season of Alola started on March 1 and it will run through June 1, the developers have announced. Pokemons that are found in the Alola region of the Pokemon Sun and Pokemon Moon games will be making their debut during the three-month course of the new season. There are also various seasonal highlights which include research on Islands of Alola, Melemele island special research, and a new Go Battle League. The developers are also increasing the number of extra daily free Raid Passes that Trainers can receive.

As per The Pokemon Go Team, trainers (gamers) will be able to find Alolan Exeggutor — a Grass & Dragon Pokémon — in the wild. Other Pokemons that have been teased to appear in the season include Rowlet, Litten, Popplio, Pikipek, and Yungoos. These Pokemons can be found in “Cities, Forests, Mountains, Beaches + Water, Northern Hemisphere, and Southern Hemisphere.” There are also various Pokemons that will hatch this season, as per the developers.

Pokemon Go, developed by Niantic, Nintendo, and The Pokemon Company, is also getting exploration-related updates for the Season of Alola. The first is the increase in the number of extra daily free Raid Passes that Trainers can receive. Raid Passes can be acquired by trainers by spinning the Photo Disc at a Gym, and they can be used to participate in Raid Battles.

In addition to that, the stationary Incense bonus in Pokemon Go is going to be removed in favour of a new bonus that increases Incense duration from 60 minutes to 90 minutes. Incense are items that lure Pokemons to your location, and it lasts for 30 minutes when activated. The Go Battle League will have no ratings, instead it will feature opportunities for trainers new and experienced to compete. Trainers can also go for an Alola look with avatar items that will be available via the in-game shop “soon”.