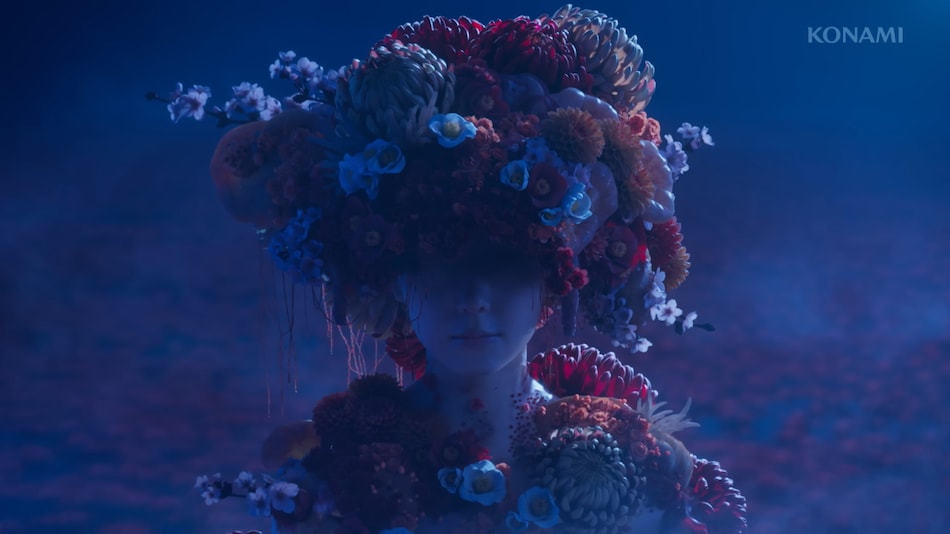 Silent Hill universe is returning with a bang. Konami has announced a range of new IPs for the horror series, as part of the Silent Hill Transmission stream, held early Thursday India time. The entries include a 1969s Japan set Silent Hill f game, a full remake of Silent Hill 2, a Return to Silent hill movie, and a spin-off title published by Annapurna Interactive, Silent Hill: Townfall. Prior to the broadcast, there were rumours regarding a Silent Hill: The Short Message teaser demo, though it was nowhere to be seen in the presentation.

From acclaimed supernatural horror writer Ryukishi07 comes Silent Hill f, an exciting departure for the franchise, as it shifts to a 1960s Japanese town. The Silent Hill f trailer focuses on a beautiful, yet destructive blight — a flesh-eating plant — that seems to ravage the last-remaining humans in the small, scenic town. We see it consume an unidentified schoolgirl, feasting on her nutrition to serve its parasitic needs, and blossom into a raft, of sorts. The trailer is loaded with horrifying themes of trypophobia, face peeling off, and art design that draws heavy parallels to the final shot from the 2019 film, Midsommar. This was just a teaser, and therefore, features no release date.

After being the subject of widespread rumours, Konami has finally unveiled the Silent Hill 2 remake. Bloober Team, best known for their work on psychological horror titles such as Layers of Fear 2 and The Medium, is at the helm of this project. The timeless classic is being built from the ground up, featuring a new-gen visual overhaul, alongside gameplay elements to appeal to a modern audience.

One of the new elements you could spot in the Silent Hill 2 remake reveal trailer is the over-the-shoulder camera perspective — akin to Resident Evil 2 remake — through which, the developers intend to “immerse players even deeper into the game, make them feel like they are a part of this unreal world, and deliver them a more visceral experience across the board.”

Built using Unreal Engine 5, Bloober Team promises a refined combat system and top-notch visual fidelity, employing the Lumen and Nanite technology. Silent Hill 2 remake will be out on PC and PS5, but there's no release window yet. You can now wishlist it on Steam.

Silent Hill's movie franchise is getting a reboot, and it is helmed by the director of the original 2006 movie, Christophe Gans. Return to Silent Hill follows a similar premise to the second game, where James Sunderland returns to the titular town, in hopes of reuniting with his lost love, Mary. Instead, he is greeted with a nightmare of monsters and rabid creatures, alongside the Pyramid Head, one of the most distinguishable foes in the franchise. As part of the reveal, we were treated to some storyboards and concept art for the film, alongside a special interview with the involved creators.

Stray publisher Annapurna Interactive is bringing forth Silent Hill: Townfall, in a reveal consisting of a pocket television clipping through unsettling images. The new project hints at a unique spin on the franchise, from highly-decorated developer No Code — best known for the indie space puzzler Observation and the minimalist horror game, Stories Untold.

Star Wars: The Force Awakens director J.J. Abrams' is attached to this “interactive video streaming experience.” Judging by the teaser, Silent Hill: Ascension feels like a unique blend of video game/ live-streamed content, where participants around the world control the characters in the story.

It is being developed in partnership with streaming software tools company Genvid, Dead by Daylight studio Behaviour Interactive, and dj2 Entertainment, in tandem with Abram's Bad Robot Games. Silent Hill: Ascension is set to release sometime next year, but there's no word on platforms.