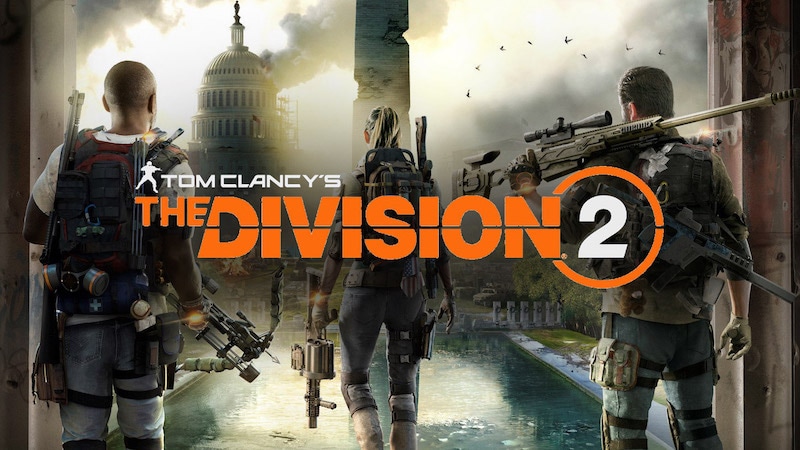 The Division 2 is Ubisoft's latest shared world shooter and a follow up to 2016's solid The Division, which we found to be a fantastic romp across a snowy, post-pandemic New York. In The Division 2, the action takes place in the warmer climes of Washington DC, months after the events of the first game. Out now for the PS4, Xbox One, and Windows PC, is The Division 2 an improvement over recent shared world shooters like Anthem and Destiny 2 or is it yet another case of a big budget game released in a half-finished state? We find out.

In The Division 2, you play as an agent of the titular Division, a group tasked with bringing America back to normalcy following the outbreak of a virus known as Green Poison. While Green Poison was front and centre in the first game, here it takes a backseat to the numerous factions that have attempted to seize control of Washington DC. These include Hyenas, a group that uses fear and a drug known as Spice to keep the populace in check; Outcasts, a clan of religious zealots; True Sons, a well-armed fascist faction; and the tech-focussed Black Tusk.

Each of these factions not only look distinct but have different behaviour as well. There are heavy units that rush towards you, with pieces of armour flying off with each shot; sniper units that stay in cover, peaking out to fire at you with every chance they get; and even foes that send explosive RC cars in your direction with regular frequency. They're a varied lot and you'll find yourself changing your strategy ever so often to deal with them.

It helps then that The Division 2's gunplay is extremely entertaining. Shotguns are punchy, assault rifles sound impactful and fire at a rapid rate, while sniper rifles give off a satisfying 'pop' with each shot. Throw in controls that make getting into cover or charging at an enemy a breeze and you have an exceptionally smooth set of core gameplay mechanics to work with.

This is layered with a skill system that grants you access to turrets, drones, and mines, among other gadgets. You can equip two skills at any time and use them to whittle down the game's assortment of baddies or bolster your health and armour. Our favourite combination was setting up a turret with an assault rifle along with a seeker mine that targets enemies with mini projectiles as they walk nearby to create ambush opportunities aplenty.

When playing with others, however, we preferred to kit out the aforementioned seeker mine with projectiles that repaired our allies' armour. The flexibility in terms of how skills can be used and modified adds a welcome layer of tactical nuance to the proceedings.

Perhaps the greatest strength of The Division 2 is its pacing. Whether you're taking on its main story, liberating outposts from enemy control, or simply just exploring the sights and sounds of Washington DC, none of it feels like time wasted as you're always progressing in one way or another.

From unlocking skills, gaining new gear, or uncovering slivers of lore, there's always something new around the corner to keep you hooked. Unlike other shared world games, The Division 2's quests and events don't feel like busywork.

And on the topic of the competition, The Division 2's loot drops are surprisingly generous in comparison. Ever so often you'll come across fresh guns and armour each with their own unique stats and properties such as propping up your weapon efficiency, health, and more. Even guns of the same make and type can have different attributes which adds even more diversity.

Speaking of loot, the Dark Zone makes a return. Or should we say Dark Zones, as there are three of them compared to one in the first game. These locations have the game's best gear and toughest combatants.

Aside from there being more of them this time around, not all of the loot you find is contaminated and you can equip them immediately. However the best weapons and armour are contaminated, forcing you to call in for an extraction via helicopter that attracts powerful AI-controlled opponents.

Much like the last game, coordinating the evacuation of your items is crucial to success. Setting up a perimeter, strategically hiding behind cover, having the right combination of skills all play a part in the Dark Zone. Other elements of the Dark Zones are similar. You can have a go with your friends but they (or you) can go rogue and steal all the newfound wares, making each dive into a Dark Zone a tense, high risk-reward affair.

That said, The Division 2 isn't perfect. For one, while the premise and setting are fantastic, the story doesn't really amount to more than just window dressing for its slick gameplay mechanics. There's no massive reveal and despite its obvious political overtones, it doesn't really say much either.

Other issues include the game's long loading times on PS4 as well as its 90GB day one update for Sony's console and 40GB update for Windows PC and Xbox One, even if you buy it on disc. Granted The Division 2 is an always online game, but in a world where high-speed Internet connections come with data caps, it's rather inconsiderate for Ubisoft to let its own technical failings be a barrier to playing the game, more so when most of it is fun to play.

These concerns notwithstanding, The Division 2 is a welcome sequel to The Division 1 and a great game to play with friends or solo. It bucks the trend of disappointing shared world shooters and is an easy recommendation provided you have a good enough Internet connection to make the most of it.