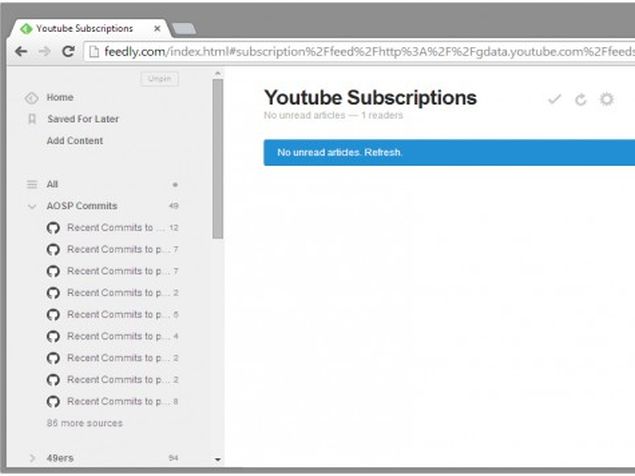 The RSS feed link - http://gdata.youtube.com/feeds/base/users/[username]/newsubscriptionvideos - was a great way to keep track of YouTube subscriptions, since new videos show up on feeds one after the other just like news articles. We believe this could be Google's tactic to increase the stickiness of the popular online video website.

Arstechnica notes that the RSS feed was a part of YouTube Data API v2, which was stopped in March last year. Bug reports met with no response for a long time until January 2014. This response promised a patch but no ETA. Now, the feature is completely missing with no solution in sight. This is one of the most popular bugs on the gdata-issues bug tracker.

For users who are looking for a workaround, Data API v3 offers an authenticated subscription feed. This indicates that one can bypass the 403 forbidden error using an OAuth token that expires every hour. Additionally, apps that can refresh it once an hour automatically are available but are mostly unstable.

We tried the link with a feed validation service - W3C - and it returned an error as well. However, individual channel feeds are still active and instead of using the subscriptions feed, users can check multiple feeds instead of a single composite feed.

YouTube recently has rolled out a new feature that will let creators add a short 3-second intro clip to their videos on their YouTube channel.