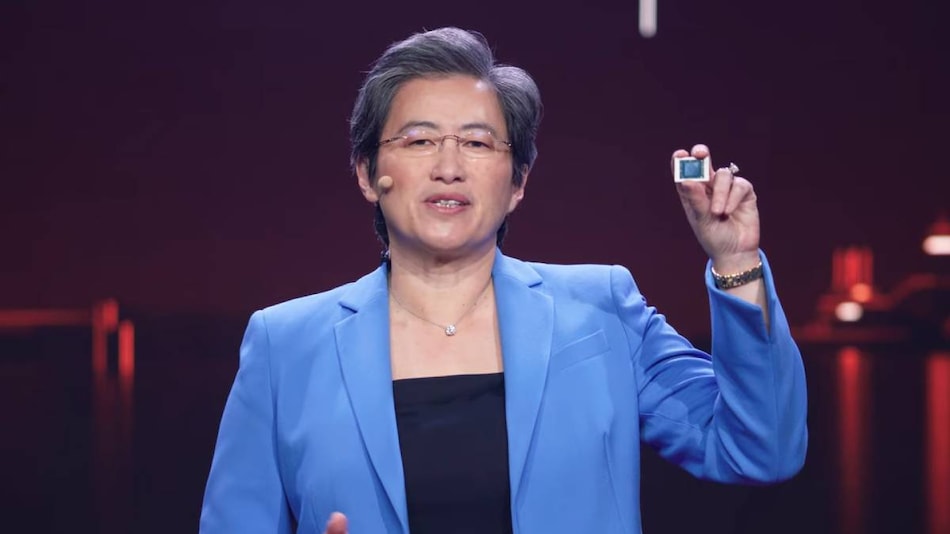 AMD has announced its latest Ryzen 5000 laptop processors and teased upcoming Radeon GPUs for desktops and laptops as well as next-gen Epyc datacentre CPUs at a virtual keynote at CES 2021. AMD CEO Dr Lisa Su began her presentation with an overview of how technology has adapted to the requirements of a pandemic-hit world, stating that over 300 million computers were sold in 2020, the highest figure since 2014, and that she expects this figure to grow in 2021. AMD has also donated over 12 Petaflops of computing resources to academics and researchers working on COVID-19 vaccines and treatments over the past year.

Calling the 7nm 'Zen 3' architecture AMD's largest generational performance increase since the launch of the original Ryzen family, Su introduced the Ryzen 5000 laptop processors based on the same foundation. AMD promises leading energy efficiency as well as performance. The Ryzen 5000 series includes the Ryzen 5800U, which Su says is the most powerful PC processor ever and the only 8-core x86 processor for ultra-thin laptops with a 15W thermal envelope. In terms of power efficiency, the Ryzen 7 5800U is rated for battery life of up to 17.5 hours with general use, and up to 21 hours of video playback.

Compared to the Intel Core i7-1185G7, the Ryzen 7 5800U is claimed to deliver 18 percent better performance in PCMark 10, and up to 44 percent faster media encoding in Adobe Premiere as well as up to 39 percent faster performance in Blender 3D. Five U-series Ryzen 5000 CPUs have been announced, however some models will continue to be based on the 'Zen 2' architecture, including the base quad-core Ryzen 3 5300U and even the Ryzen 7 5700U

For higher-performance gaming laptops, AMD is emphasising Ryzen HX as a differentiating brand, representing the "ultimate performance" for desktop-class gaming laptops. Ryzen HX processors will have higher thermal envelope ratings up to 45W, and will be unlocked for overclocking. The top-end Ryzen 9 5900HX was demonstrated running Horizon Zero Dawn at 1080p using high detail settings and delivering 100+ fps, though with an undisclosed GPU and other hardware.

Laptops based on these new CPUs from Asus, Acer, HP, Lenovo, and Dell will be available starting in Q1 2021. Su stated that at least 150 different models will launch over the course of 2021, representing a 50 percent growth over the previous generation.

Beyond the presentation, AMD is also announcing new desktop Ryzen 5000 CPUs, the 12-core Ryzen 9 5900 and 8-core Ryzen 7 5800, both with 65W TDPs. Ryzen Threadripper Pro CPUs with up to 64 cores will also become available in retail rather than being sold only in OEM workstations.

Su also briefly mentioned new laptop GPUs based on the RDNA2 architecture for laptops as well as mid-range desktops. While unnamed, the desktop models are likely to be the rumoured Radeon RX 6700 series. These are expected in the first half of 2021, but no other details were mentioned. RDNA2 is the same architecture that underpins AMD's Radeon RX 6800 and Radeon RX 6900 GPUs, as well as the semi-custom chips that power the Sony PlayStation 5 and Microsoft Xbox Series X and Series S.