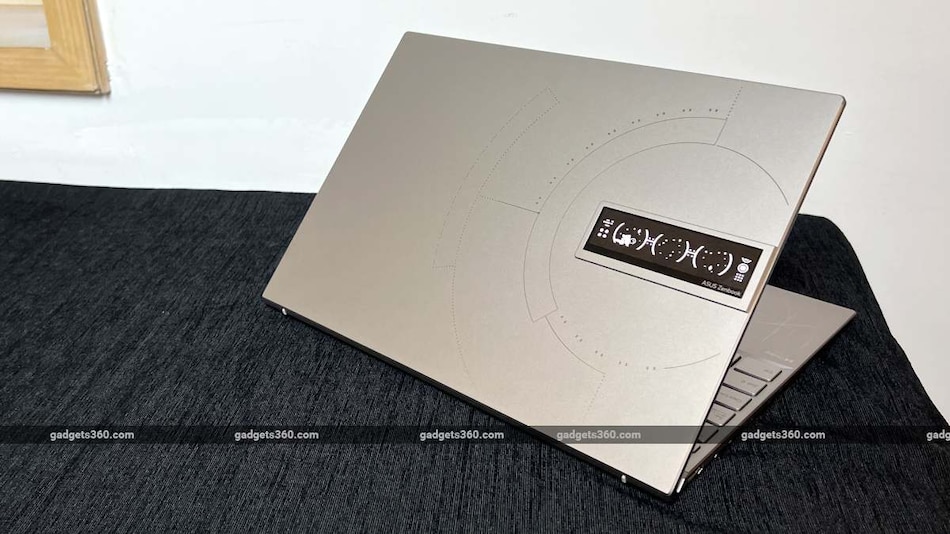 Asus ZenBook 14X OLED Space Edition has been launched as a limited-edition laptop to commemorate the 25th anniversary of the company's first laptop sent into space. The laptop is equipped with a 12th Gen Intel Core i9 H-series CPU, with 32GB of LPDDR5 RAM. It sports a 14-inch OLED touchscreen display with a 90Hz refresh rate and a 92 percent screen-to-body ratio. The Asus ZenBook 14X OLED Space Edition also features a 3.5-inch OLED companion ZenVision monochrome display on the lid to check notifications without opening the lid, or display animations and static text.

The Asus ZenBook 14X OLED Space Edition is priced at $1,999 (roughly Rs. 1,52,600) and will be available for purchase in a single Zero-G Titanium colour model in the US via Amazon, the Asus Eshop and Newegg. Asus previously revealed it will launch in India later in 2022 and be widely available.

According to the company, the Asus ZenBook 14X OLED Space Edition runs on Windows 11 Pro. It features a 14-inch 2.8K (2,880x1,800 pixels) touchscreen OLED display with HDR content support and a 90Hz refresh rate. The laptop is powered by an 12th Gen Intel Core i9-12900H processor with Intel Iris Xe graphics, along with 32GB of LPDDR5 RAM. For storing content, there is a 1TB M.2 PCIe Gen 4 SSD.