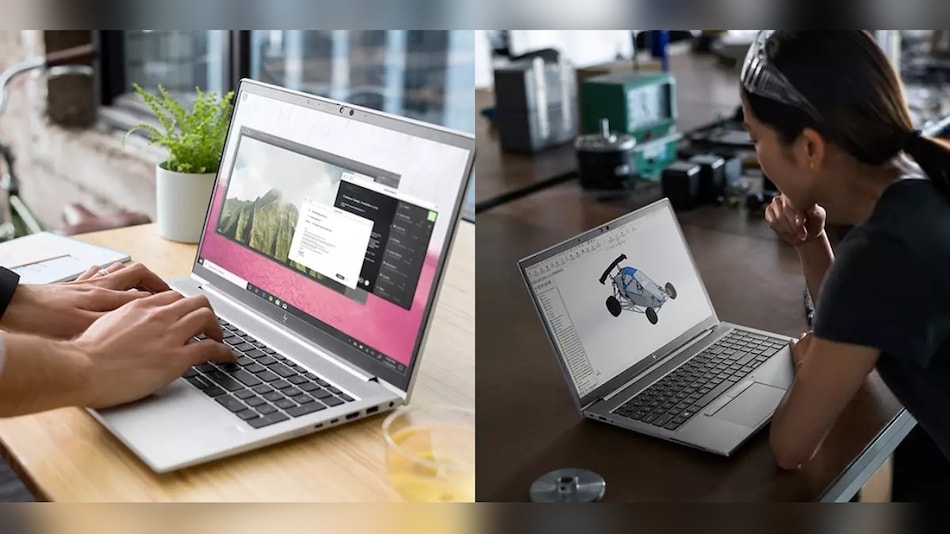 All the HP EliteBook models come with 5G or Gigabit Class 4G LTE to stay connected at all times. They have a wide-angle camera with an 88-degree field of view for a better video conferencing experience. The edges are tapered making it easier to open the laptops.

HP EliteBook 800 G7 series laptops are powered by up to 10th gen six-core Intel Core vPro processors and are available in 13.3-inch, 14-inch, and 15.6-inch screen sizes. The laptops also claim long batter life, and the HP EliteBook 830 G7 in particular can get up to 23 hours and 15 minutes of battery life.

The ZBook Firefly 14 G7 and ZBook Firefly 15 G7 are powered by up to 10th gen six-core Intel Core processors, Nvidia Quadro P520 graphics, and 4GB RAM. They come with HDR 400 4K UHD displays with 500nits brightness. They also have an option for 4G gigabit LTE (4x4) to stay connected on the go.

These laptops boast of up to 17 hours of battery life and MIL-STD 810G durability.