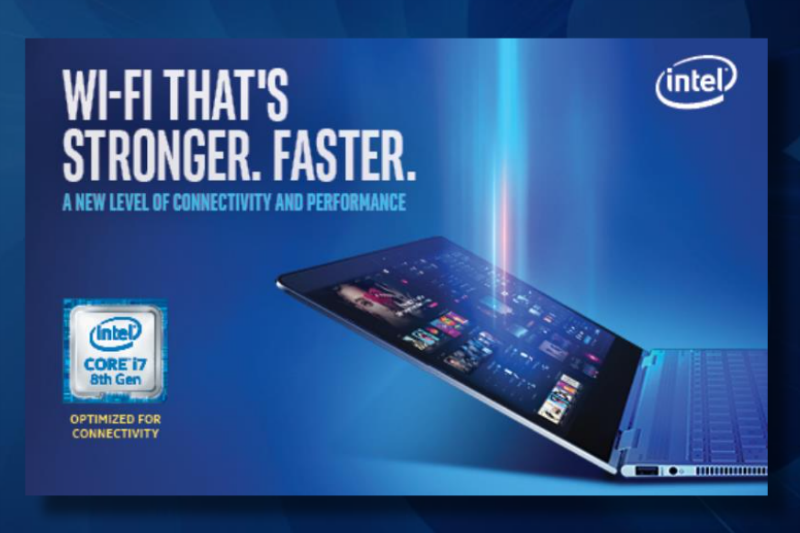 Almost exactly a year after kicking off its 8th Generation Core lineup, Intel has made the unusual move of announcing a second family of CPUs based on a refreshed architecture, but under the same 8th Gen umbrella. The new CPUs will fill out Intel's 15W portfolio for Ultrabooks, internally known as the U-series. There's also a new 5W Y-series portfolio for tablets and extremely thin and light 2-in-1s.

Intel is focusing on connectivity and battery life rather than core performance with this new launch, although the company does also promise significant speed improvements. The main features for the new U-series are integrated support for USB 3.1 (Gen 2) and Gigabit Wi-Fi through a new platform controller; an improved audio DSP for voice assistants; and up to 16 hours of battery life per charge. Real-world performance will of course depend on how laptop manufacturers decide to implement these new processors. New or refreshed laptops from all major brands are expected to be unveiled at the annual IFA consumer electronics trade show in Berlin, and come to market in time for the US holiday shopping season.

There will be three new U-series CPU models, all based on an architecture with the new codename 'Whiskey Lake'. The Core i3-8145U has two cores with Hyper-Threading and runs at between 2.1GHz and 3.9GHz, with a 4MB cache. The Core i5-8265U has four cores with Hyper-Threading and has base and boost speeds of 1.6GHz and 3.9GHz respectively, with a 6MB cache. The top-end Core i7-8565U also has four cores and eight threads, and will run at between 1.8GHz and 4.6GHz, with an 8MB cache.

The other part of this announcement concerns new 'Amber Lake' Y-series CPUs. These will be the first 5W models within the 8th Gen Core family, owing to repeated delays with Intel's beleaguered 10nm Cannonlake CPUs which were originally scheduled for release in 2016. The extremely low-power Y-series has therefore not been refreshed since Intel's 7th Gen 'Kaby Lake' parts launched in late 2016. All Whiskey Lake and Amber Lake processors have been manufactured using the latest version of Intel's 14nm process.

All Y-series parts announced today have two cores with Hyper-Threading, and 4MB caches. The Core m3-8100Y continues with Intel's Core m branding and has base and boost speeds of 1.1GHz and 3.4GHz. The Core i5-8200Y and Core i7-8500Y are not marketed under the Core m name because Intel says their performance should not be underestimated by buyers. The former runs at between 1.3GHz and 3.9GHz, while the latter has base and boost speeds rated at 1.5GHz and 4.2GHz.

The announcement of these new CPUs, right before IFA 2018, comes at a time when Intel was expected to begin rolling out its 9th Gen Core CPUs. Last year's surprise announcement of new U-series laptop CPUs based on a very slightly updated 'Kaby Lake Refresh' architecture effectively splintered its generation-based naming convention between multiple architectures for the first time. Now, there will be even more architectures and a second wave of U-series CPUs within the same generation even though a full year has passed.

Intel is still expected to kick off its 9th Gen Core rollout very soon, with the widely leaked octa-core Core i9-9900K and Core i7-9700K models, a six-core Core i5-9660K, and a refreshed Z390 platform controller. As per the latest leaks and rumours, Intel will increase core counts but restrict Hyper-Threading to its new Core i9 offering, lowering the thread count for Core i7 models for the first time. The new Core i9 will also be based on the same mainstream architecture rather than being part of the high-end Core X-series.