Details were scarce, but there should be plenty of excitement at the keynote 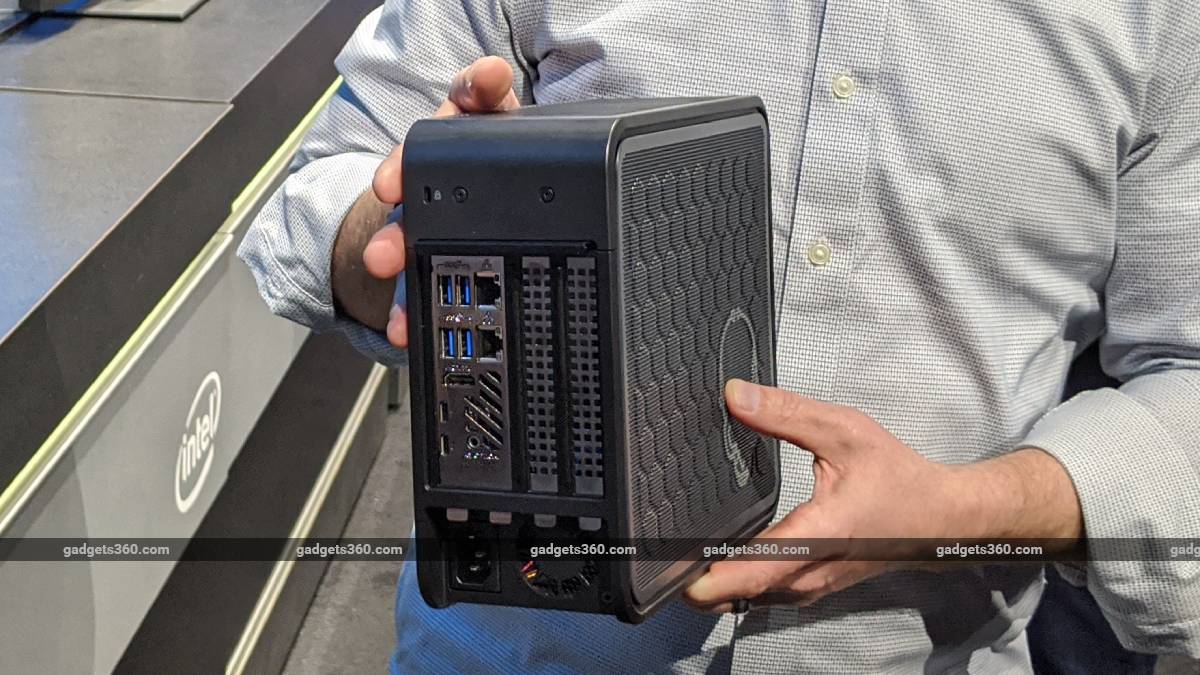 Intel has teased a few details of some of its upcoming CPUs for various consumer product segments, just a day before its official CES 2020 press conference and the opening of the show. The news comes only in the form of teaser, and concerns the next generations of CPUs for some laptop segments, a new high-performance NUC compact PC, the future of the Athena laptop design programme, and overall platform AI capabilities. More details about most of these products and initiatives can be expected to be announced during Intel's CES 2020 keynote, scheduled for Monday afternoon in Las Vegas (early morning in IST).

The highest-profile teaser was for the next refresh of H-series Intel Core CPUs for mainstream and high-performance laptops. The upcoming 10th generation will be based on the Comet Lake architecture, which we have already seen on the U-series for slim laptops. This is a 14nm architecture, and no launch date has yet been announced.

What Intel has said so far is that the upcoming Comet Lake-H CPU lineup will include Core i7 models running above 5GHz, and Core i9 models that are even faster. This generation will also feature multiple models with eight cores and Hyper-Threading, though it isn't clear exactly which product tiers will get this number of cores and threads, or for that matter how the overall lineup will be segmented.

Intel showed off a demo of Star Wars Jedi: Fallen Order running at the Epic graphics quality settings on a pre-production laptop with a 10th Gen Comet Lake-H CPU. Other specifications were not disclosed except that the laptop had a discrete GPU. The company emphasised that this was all in a relatively slim laptop body.

The next teaser was for a relatively compact Intel NUC (Next Unit of Computing) mini PC with a modular compute unit and the ability to host a desktop-sized graphics card. The upcoming Intel NUC 9 Extreme has a 5 litre chassis which makes it considerably larger than the usual palm-sized NUC PCs, but is still very portable.

While detailed specifications were not announced, the Intel NUC 9 Extreme will be the first model in the series to use an unlocked Core i9 CPU (9th Gen) running at up to 5GHz, and also the first to be able to host a discrete graphics card. It does not require an external power supply. While the specific CPU model has not been disclosed, Intel touts “desktop performance and gaming” for this compact PC.

The modular unit seems to be a design idea called The Element that Intel showed off in late 2019. The Element is a unit designed somewhat like a larger version of a PC expansion card, but is comprised of a CPU and motherboard as well as removable RAM and storage. The units, which look somewhat like oversized graphics cards, were touted at the time to be easy to deploy, upgrade, or replace. Using this form factor means that the NUC 9 Extreme could potentially be upgraded in the future.

Next, Intel touted over 20 design wins for its Project Athena initiative for extremely slim laptops, and that the company is very happy with its progress. A refreshed and updated programme will be announced at the keynote.

Finally, Intel talked a little about Tiger Lake, the successor to Ice Lake. This will be Intel's next 10nm architecture, but it is not yet clear whether it will be deployed for more than just some laptop segments. One key differentiator for Ice Lake and Tiger Lake has been AI acceleration, and the next generation will have multiple AI optimisations, which Intel is referring to as “AI Engines”.

The first of these is DL Boost, which takes advantage of what many companies including Adobe are building into their current software. Use cases include colourising old photos, resolution upscaling, language processing, and content-aware composition of photos or video. Tiger Lake will have “significantly” beefed up DL Boost performance, and will also feature Intel's brand new integrated Xe graphics which can also handle some types of compute acceleration called Int8. Finally, the third optimisation centres around low-power acceleration for specific use cases.

More details can be expected through the week as CES 2020 progresses, and also later in 2020.

Disclosure: Intel sponsored the correspondent's flights and hotel for CES 2020 in Las Vegas