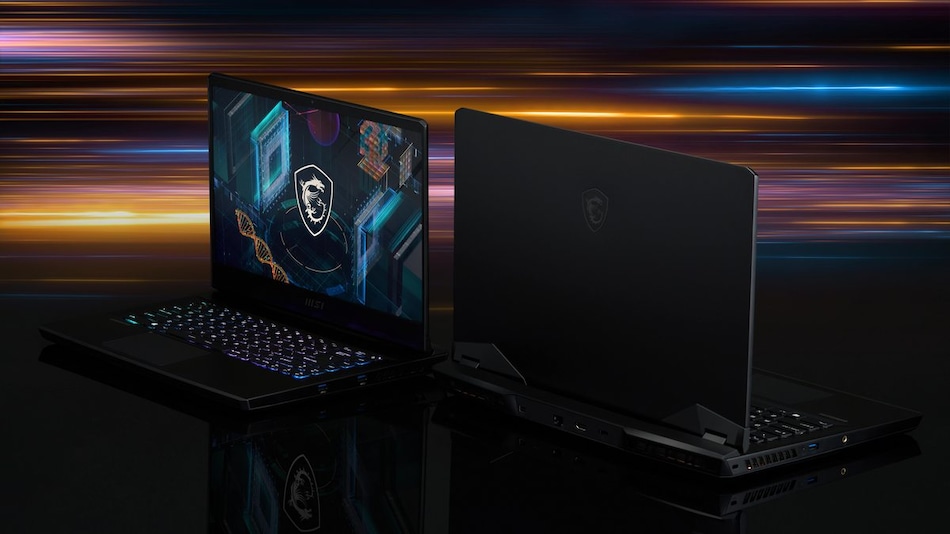 MSI GP Leopard, MSI Pulse GL, and MSI Katana GF series gaming laptops have launched in India. They bring the latest 11th Gen Intel Core H-series processors and up to Nvidia GeForce RTX 30 series GPUs. There are a total of 10 models in the three series ranging from just under Rs. 1 lakh to over Rs. 2 lakh and providing a wide range of configurations. They offer the newest connectivity options including PCIe Gen4, Thunderbolt 4, and Wi-Fi 6E. All models — expect for one model in the MSI Katana GF series — come with 11th Gen Intel Core i7 processors.

MSi Katana GF76 starts at Rs. 1,11,990 while the Katana GF66 series starts at Rs. 95,990. All the laptop models are available for purchase across MSI brand stores and authorised sellers.

MSI Leopard GP series includes the GP76 Leopard 11UG and the GP66 Leopard 11UG. Both models have exactly the same specifications except for the screen size and hence the dimensions. The GP76 Leopard 11UG features a 17.3-inch full-HD (1,920x1,080 pixels) display with a 240Hz refresh rate and around 100 percent sRGB coverage. The GP66 Leopard 11UG, on the other hand, comes with a 15.6-inch display that has the same specifications. Under the hood, the MSI Leopard GP series is powered by up to 11th Gen Intel Core i7 CPU and Nvidia GeForce RTX 3070 laptop GPU that has 8GB GDDR6 VRAM. You get up to 64GB DDR4 RAM and up to NVMe M.2 PCIe Gen4 x4 SSD for storage.

Just like the MSI Leopard GP series, the Pulse GL series also includes two models that only differ in the display size. The MSI Pulse GL series includes the Pulse GL76 with a 17-3-inch full-HD (1,920x1,080 pixels) display that comes with a 144Hz refresh rate, and around 100 percent sRGB coverage, and the Pulse GL66 model that gets a 15.6-inch display. Under the hood, both models have the same specifications as the MSI Leopard GP series laptops with the only difference being the absence of PCIe Gen4 storage option. Connectivity options include a USB3.2 Gen1 Type-C port, two USB3.2 Gen1 Type-A ports, a USB2.0 Type-A port, and an HDMI port.

MSI Katana GF76 series and GF66 series include multiple SKUs. The models under the MSI Katana GF76 series come with a 17.3-inch full-HD (1,920x1,080 pixels) display that has a 144Hz refresh rate. The Katana GF66 series laptops come with a 15.6-inch display. Both series come with up to the latest 11th Gen Intel Core i7 processors and include Core i5 models as well. For graphics, options range from an Nvidia GeForce RTX 3050 laptop GPU with 4GB GDDR6 VRAM to GeForce RTX 3060 laptop GPU with 6GB GDDR6 VRAM. They come with the same RAM, storage, and connectivity options as the MSI Pulse GL series.

Motorola Edge 20 Series Teased to Launch on August 5: All Details