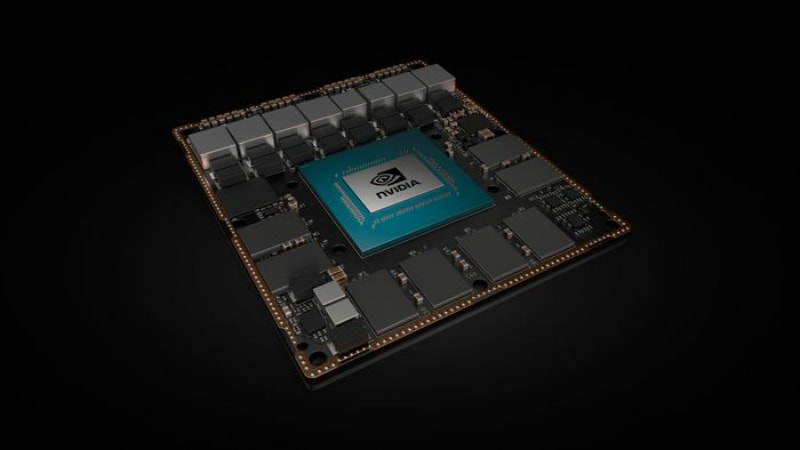 "AI is the most powerful technology force of our time. Its first phase will enable new levels of software automation that boost productivity in many industries. Next, AI, in combination with sensors and actuators, will be the brain of a new generation of autonomous machines. Someday, there will be billions of intelligent machines in manufacturing, home delivery, warehouse logistics and much more," said Jensen Huang, founder and CEO at Nvidia.

Jetson Xavier
Jetson Xavier is claimed to be the world's first computer made specifically for the field of robotics. It is made of over nine billion transistors and processing components including deep learning accelerators and processors for static images and video, capable of delivering over 30 trillion operations per second (TOPS) of compute, consuming just 30 watts of power. The Jetson Xavier offers six types of high-performance processors - mainly, a Volta Tensor Core GPU, an eight-core ARM64 CPU, dual NVDLA deep learning accelerators, an image processor, a vision processor and a video processor.

The cost of one Jetson Xavier developer kit along with access to the Isaac platform is $1,299 (roughly Rs. 87,100). Early access to distributors starts from August 2018.

Isaac Robotics software
The developer platform "Nvidia Isaac" is a set of software tools including application programming interfaces (APIs) to connect to 3D cameras and sensors, a library of AI accelerators to keep algorithms running smoothly and a new simulation environment "Isaac Sim" for training and testing bots in a virtual space.

"AI, in combination with sensors and actuators, will be the brain of a new generation of autonomous machines," Hunag was quoted as saying.

Nvidia's chips are already used to power robots made by a company called Fellow.

Nvidia also announced a partnership with Taiwan's Ministry of Science and Technology in an attempt to advance Taiwan's artificial intelligence capabilities. This partnership is expected to extend over the next decade strengthening local deep learning mechanisms in the country.