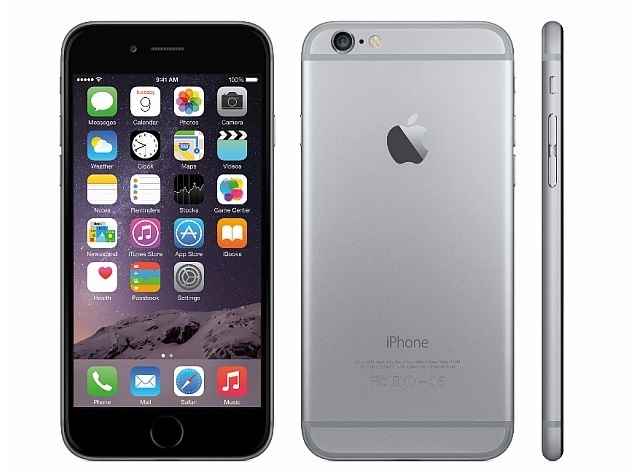 Apple on Tuesday refreshed its iPhone lineup with the launch of the iPhone 6 and iPhone 6 Plus.

The Cupertino-based giant also unveiled the much-awaited Apple Watch wearable alongside the company's new digital payment mechanism called Apple Pay. Interestingly, Apple also revealed the availability of iPhone 6 and iPhone 6 Plus for the Indian market, as the company's India site mentions the smartphones would be reaching the country starting October 17.

With the iPhone 6 and iPhone 6 Plus confirmed to hit the Indian market shelves during the festival season in the country, we can expect some fireworks in the smartphone industry.

The company finally entered the screen size battle with the new iPhones and attributed the move to consumers that are switching to handsets with bigger displays to watch videos and browse the Internet.

We compare the newly launched iPhone 6 against Android flagships from major manufacturers, such as the HTC One (M8), LG G3, Samsung Galaxy S5, and Sony Xperia Z3.

Apple iPhone 6 features a 4.7-inch LED-backlit IPS display offering a screen resolution 750x1334 pixels. It offers a pixel density of 326ppi, similar to the iPhone 5s and iPhone 5c with their 4-inch displays. Compared to the Android flagships, the iPhone 6 has the smallest screen at 4.7-inch, followed by One (M8) at 5-inch; Galaxy S5 at 5.1-inch, and Xperia Z3 at 5.2-inch. The LG G3 sports the biggest display with 5.5-inch screen.

The iPhone 6 weighs around 129 grams, making it much lighter than the Android flagships in this comparison. At 160 grams, the HTC One (M8) is the heaviest, followed by Sony Xperia Z3 at 152 grams, LG G3 at 149 grams, and lastly, the Samsung Galaxy S5 at 145 grams.

The new iPhone 6 and iPhone 6 Plus are both powered by the new Apple A8 chip with 64-bit architecture while also featuring the M8 motion coprocessor. The new A8 chip is an upgrade to the company's previous A7 chipset found in iPhone 5s and iPhone 5c. Unfortunately, not much is known about the specifications of the Apple A8 SoC, and until the phone is put through its paces in a benchmark or taken apart by a hardware review site, we will not know details about the number of cores, clock speed, and amount of system memory. Previous reports claiming to have run benchmarks on the iPhone 6 ahead of the smartphone's launch give contrary specifications, with some saying dual-core and the other quad-core, though most agree on 1GB of RAM.

All four Android phones have roughly the same characteristics when it comes to processor. The G3, One M8, Xperia Z3 use a similar 2.5GHz quad-core Qualcomm Snapdragon 801 processor. Meanwhile, the Galaxy S5 is available in two variants - powered by octa-core Exynos 5420 processor and Snapdragon 801. The flagships are available with either 2GB or 3GB of RAM, depending on the variant.

Even once the specifications of the Apple A8 processor are made available, a comparison between it and the SoCs used by the Android flagships will be difficult to make, with dissimilar benchmarks to run due to the differing nature of the platform the SoCs are made for. Even if the Apple A8 reveals specifications that on paper are obviously lower than the SoCs used on Android flagships, real world performance is the only indication we can use - as Apple in the past has shown it is able to deliver top-end performance with meagre specifications due to its hardware-software optimisation.

On paper, the rear iSight camera found in the iPhone 6 seems similar to the one seen on the iPhone 5s, iPhone 5c, and iPhone 5, though it brings a new autofocus technology called Focus pixels. It also features an f/2.2 lens. Notably, only the bigger iPhone 6 Plus features optical image stabilisation (OIS).

As we've seen in the past, it is almost impossible to compare cameras based purely on pixel count, and the output quality is all that matters. Most end-users never actually use their captured images at full-resolution, with most people simply sharing their photos on social media, or applying them as wallpapers. Only professional photographers need to worry about pixel count, that too when blowing up the image for specific purposes. The real-world camera performance comparison will be only done when we review the iPhone 6.

On paper, the iPhone 6 certainly seems to be putting up the good fight with Android flagships, and Apple is definitely looking to deliver to users the hardware features (like OIS, NFC, a large high-resolution display) that have been missing in its lineup. The iPhone 6 also gains a distinct advantage with its overall slimmer profile, though the tradeoff is a slightly smaller display. It must be noted however, until the real world performance of the smartphone is measured against its rivals, it will be very difficult to say which flagship comes out on top.

Jammu and Kashmir Floods: Telecom Services Slowly Being Restored
Save Over Rs. 9,000 With Deals on Apps and Games This Week