From Mi 9T's global launch and the arrival of Honor 20 series in India, to the unveiling of the Samsung M40 and PUBG Mobile updates. 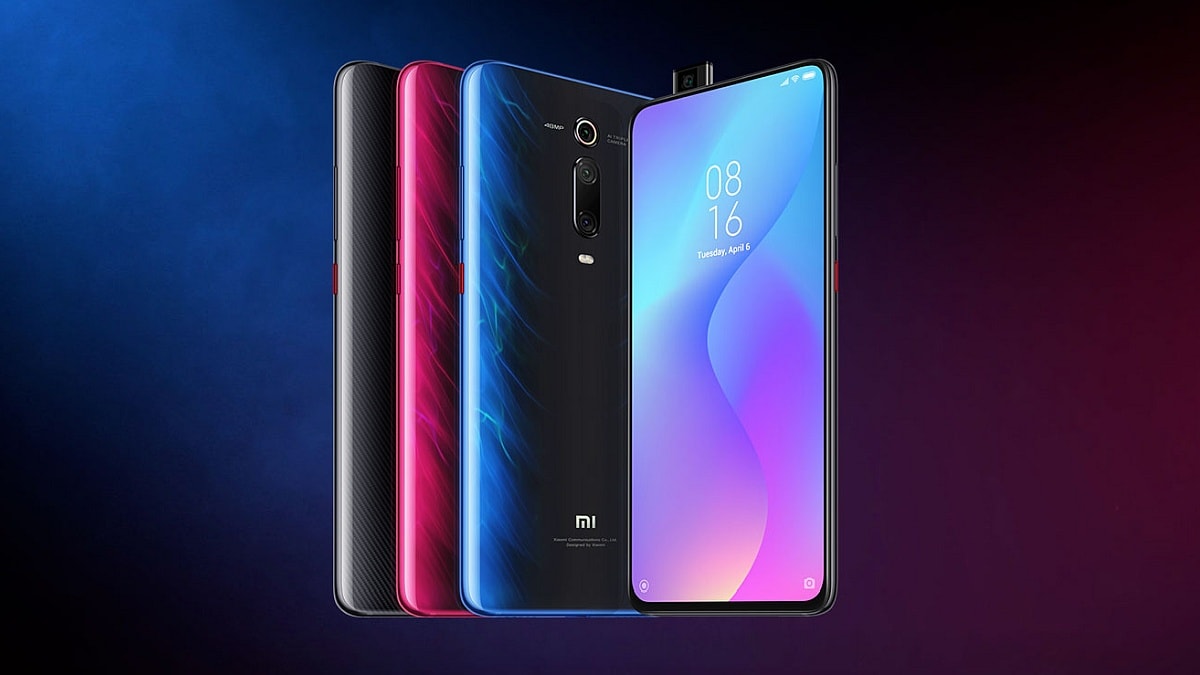 Mi 9T was launched this week after multiple leaks and teasers. Xiaomi's latest smartphone is the global variant of the Redmi K20, part of the brand's new affordable flagship series. The Redmi K20 along with its better-endowed Redmi K20 Pro sibling are due to launch in India, the company has confirmed in the past. The Mi Band 4 – the next iteration of the company's popular fitness tracker – was also launched this week, while the Samsung Galaxy M40 was unveiled in India. Popular battle royale game PUBG Mobile received significant updates this week, while the Honor 20 series was launched in the country. Read on for more top news stories of the week.

In Europe, the Mi 9T has been launched in two storage variants — 64GB and 128GB - both with 6GB of RAM. The former is priced at EUR 329 (roughly Rs. 25,900) while the latter is priced at EUR 369 (roughly Rs. 29,000). It will be available in Carbon Black, Glacier Blue, and Flame Red colour variants. The Mi 9T aka Redmi K20 will make its way to some Asian markets as well, with the company scheduling the launch of the smartphone in Malaysia for June 20.

Xiaomi had in fact first launched the Mi Band 4 just a day ahead of the Europe launch. In China, the fitness tracker is priced at CNY 169 (roughly Rs. 1,700) for the standard edition, and CNY 229 (roughly Rs. 2,300) for its NFC variant. A limited edition Mi Band 4 Avengers Series was also launched at CNY 349 (roughly Rs. 3,500), featuring themed watch bands, watch faces, and more.

Rated at 5 ATM, the Mi Band 4 is can also identify various swimming strokes, namely freestyle, breaststroke, backstroke, butterfly, and mixed-style. The NFC variant can also make payments on the go, and is backed by the Alipay payment framework. The fitness tracker is rated to deliver up to 20 days of battery life on a single charge

Samsung this week unveiled a new model in its India-first Galaxy M-series. The priciest thus far, the newly launched Samsung Galaxy M40 will go on sale next week in the country. Highlights of the Samsung M40 include its triple rear camera setup, and its hole-punch cutout for the selfie camera – what Samsung terms an Infinity-O Display, and 128GB of inbuilt storage.

The Samsung Galaxy M40 price in India has been set at Rs. 19,990, and at that price, it goes up against the top variants of the Redmi Note 7 Pro and Realme 3 Pro, apart from its cousin, the Samsung Galaxy A50. The Samsung M40 will be available from June 18 via Amazon India and the Samsung Online Shop. Launch offers include data benefits and cashbacks from a host of telcos, namely Jio, Airtel, and Vodafone-Idea.

As we mentioned, there is 128GB of inbuilt storage on the Samsung M40 is expandable via microSD card (up to 512GB). It runs off a 3,500mAh battery coupled with 15W fast charging tech. The smartphone is 7.9mm thick and weighs 168 grams. There is also a fingerprint sensor on the back of the Samsung Galaxy M40. Connectivity options include 4G VoLTE, Wi-Fi, Bluetooth, GPS/ A-GPS, and a USB Type-C port.

PUBG Mobile this week received a significant update, with version 0.13.0 rolling out to Android and iOS gamers. The PUBG Mobile update brought with it Godzilla: King of the Monsters crossover customisations, apart from the introduction of new features like a 4v4 Team Deathmatch mode. PUBG Mobile players will now also enjoy an upgraded third-party app prevention system and enhanced detection of cheating behaviour via the Virtual app, emulators, and modifiers.

The PUBG Mobile developers have also added an MVP showcase system at the end of each match, and all players will receive a default MVP pose. There is now also a dedicated button for climbing, and this can be enabled from settings. Tencent Games also introduced new achievements, and improvements to the older Survive Till Dawn and Darkest Night modes. Another interesting addition to PUBG Mobile is a latency indicator to show the state of the player's Internet connection.

This week, Tencent Games also announced that PUBG Mobile had crossed the 400-million downloads mark, with 50 million daily active users. These figures are for the game's userbase outside of China. The PUBG console team revealed separately that the game's June patch is currently scheduled for June 27, and detailed a list of new features and improvements.

Huawei brand Honor this week launched three smartphones from the Honor 20 series in India – these were, Honor 20 Pro, Honor 20, and Honor 20i. At the same event, Honor also launched a new tablet in India, in two different sizes, the Honor Pad 5.

Tata Sky Room TV service, BSNL Abhinandan prepaid recharge
DTH operator Tata Sky this week announced a new plan for multi-TV connection users. To recall, earlier this month, the operator started informing users that from June 15 onwards, the secondary connection will be billed separately from the primary connection, which meant users would have to better select the channels they subscribe to if they don't want to be charged at the same price as the primary pack.

“Subscribers can seamlessly choose the content of their choice on the secondary connections and only pay for the selected content. Their secondary connections can now have different channels & services from the base pack selected for the first connection in the house under the same subscriber ID… The Room TV service becomes a favourable option as apart from the mandatory NCF, subscribers can pick and choose to pay for the channels that they desire for that particular room only. So if it's the bedroom or kid's room or grandparents room, channels can be selected basis that members select viewing preference," Tata Sky said.

State-owned telecom operator Bharat Sanchar Nigam Limited (BSNL) this week introduced a new prepaid recharge plan priced at Rs. 151, with a 180-day validity – though the benefits are only available for 24 days. Benefits include unlimited local, STD, and roaming calls to any network (including Delhi and Mumbai circles), 1GB data per day, and 100 SMS messages per day. The plan has been named Abhinandan-151.

WhatsApp privacy violations and Facebook announcements
This week, WhatsApp said it is threatening legal action against those who publicly claim the ability to abuse its messaging platform, after the emergence of a number of firms advertising products to bypass usage restrictions. A Reuters investigation in May found that WhatsApp clones and software tools were being used by digital marketers and political activists to bypass anti-spam restrictions.In a post titled "Unauthorised usage of WhatsApp", the platform said from December 7 it would take action even if an entity merely made public claims of an ability to abuse its platform.

This week, it was reported that a Manipur man had found a WhatsApp privacy bug, and after reporting it to the platform, had received $5,000 reward and been included in the Facebook Hall of Fame 2019. "During a voice call through WhatsApp, the bug used to allow the caller to upgrade it to a video call without the authorisation and knowledge of the receiver. The caller was then able to see what the other person was doing, violating the privacy of the receiver," Sougaijam told PTI.

Facebook this week said it would unveil new Portal video chat devices later this year, and that new form factors would be used. The social networking giant separately announced an expansion to its Watch content service, with new content partnerships.

The company also said that it would start removing messages mocking deaths – specifically those messages praising or supporting the death, disease or harm of an individual. Facebook also said it would rank comments in an attempt to make conversations more meaningful.

Finally, WhatApp and Facebook Messenger rival Telegram this week experienced a DDoS (distributed denial of service) cyber-attack, affecting users in the United States and other countries. Telegram CEO Pavel Durov later in the week said the DDoS was linked to Hong Kon unrest, and that the attack had originated from China.