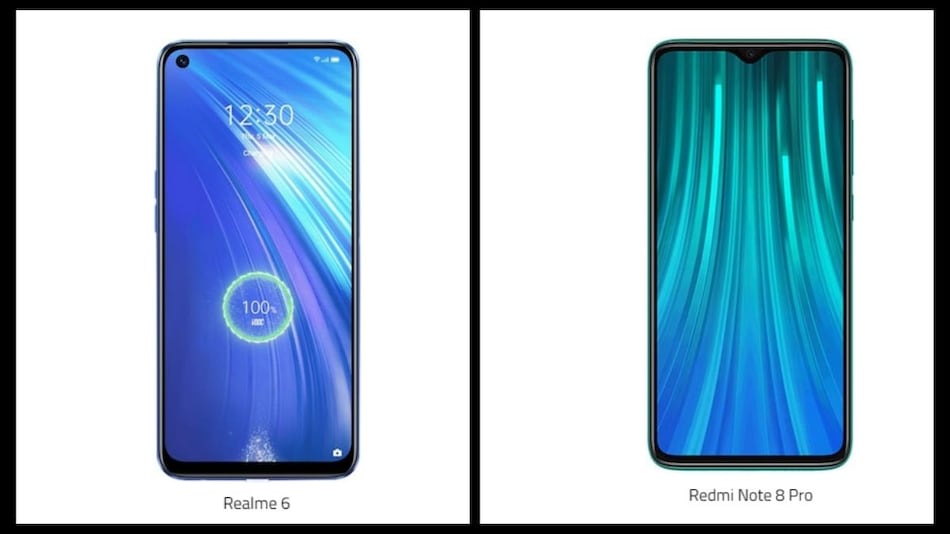 Realme 6 along with its Pro variant was unveiled last week. The Realme 6 will first go on sale in India on March 11 while the Realme 6 Pro will be available for the first time on March 13. Realme 6 key specifications include MediaTek Helio G90T SoC, full-HD+ display, and quad rear cameras. With these specifications and its aggressive pricing, the phone will be going head to head with Xiaomi's Redmi Note 8 Pro in the Indian market.

To give you an idea of how the new Realme phone stacks up against the Redmi Note 8 Pro, we have the compared the two phones, based on their specifications and price in India.

In terms of the battery, the Realme 6 houses a 4300mAh battery while the Redmi Note 8 Pro contains a 4500mAh battery. Both smartphones support fast charging.

Vivo Has Announced Its Android 10 Beta Update Roadmap Which Starts With Vivo Nex 3 on March 14
March Supermoon 2020: What Is It, Timings, and How Can You Watch the Worm Moon Live?