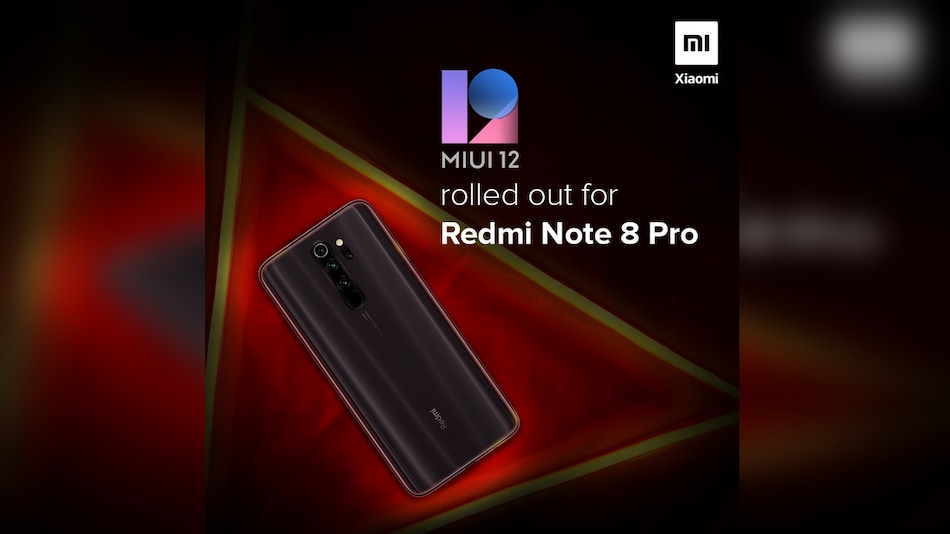 Redmi Note 8 Pro users in India will now be able to experience the latest software, MIUI 12, as the company has started its rollout. The development has been shared by MIUI India's social media handles. The Redmi Note 8 series including the Pro and the vanilla variant are part of the first wave of phones to start receiving MIUI 12 and the company seems to have delivered on its promise of rolling out the update this month. The MIUI 12 update for the Redmi Note 8 Pro brings all the features that were announced with the new Android-based operating system back in April.

MIUI India shared the development on its Facebook and Twitter handles, letting Redmi Note 8 Pro users know they can now download the update. It comes with version MIUI12 V12.0.1.0 and Redmi Note 8 Pro users can head to Settings > About phone > System updates, and tap on Download to start the updating process. Xiaomi has not shared if it is a phased rollout so, we have reached out to the company for the same and will update this space when we get a response.

Redmi Note 8 Pro users in India will get the new and updated UI experience with MIUI 12 with reworked system-wide animations. The latest OS iteration also brings enhanced privacy protection, better multi-tasking experience, and an app drawer. The Dark Mode has been improved as well and Xiaomi has added an ultra-battery saver option to prolong the phone's battery life. As per the changelog shared by a Twitter user, the update comes with build number V12.0.1.0 QGGINXM and is 641MB in size.

The MIUI 12 update for the Redmi Note 8 Pro follows the Mi 10, Redmi Note 9, and Poco X2, all of which have received the update this month itself. The Redmi Note 8 Pro was launched in India in October last year with MIUI 10, based on Android 9 Pie. It was updated to MIUI 11 in November and now, about nine months later, it gets the latest OS iteration, MIUI 12.

As of now, there is no information on the MIUI 12 update for the Redmi Note 8 but it is said to receive the same this month itself.