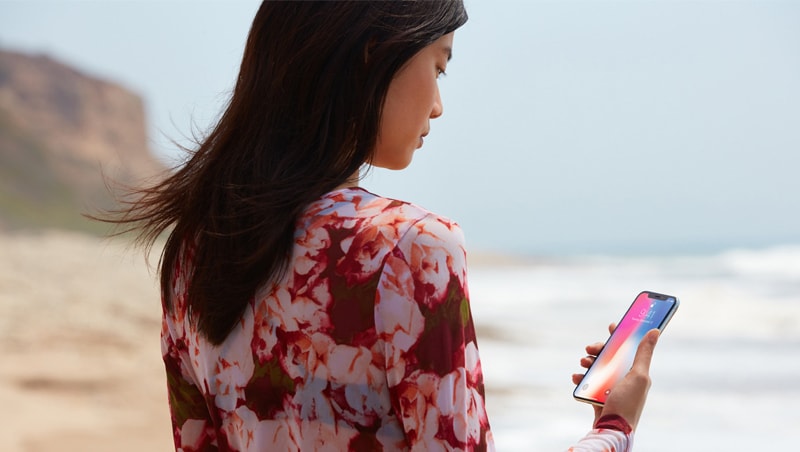 Apple iPhone X was the only smartphone that survived the test

Most modern smartphones now ship with facial unlocking features these days. The promise of a quicker way to unlock your smartphone by just looking at it seems quite interesting. It offers an alternative to the good old trustworthy passcode, but is it really secure? No doubt this has been a major topic of debate ever since facial recognition technology started appearing on smartphones. A Forbes reporter decided to test it out with a 3D-printed model of his own head. What happened next may (or may not) surprise you.

Thomas Brewster, a reporter at Forbes, managed to get a 3D-printed model of his head at Backface in Birmingham, UK for around GBP 300 (roughly Rs. 21,100). The 3D model is created after capturing detailed photographs via 50 different cameras and editing the images. The result is a life-size 3D model that resembles an actual person and in this case the reporter himself.

The test was conducted on five different smartphones - iPhone X, LG G7 ThinQ, Samsung Galaxy S9, Samsung Galaxy Note 8, and OnePlus 6. After setting up the facial unlocking feature using his real face, Brewster was able to unlock all the four Android smartphones using the 3D printed model of his own head. He admits all the Android phones were unlocked with 'differing degrees of ease'.

But he couldn't unlock the iPhone X. He claims the iPhone X was impossible to beat with the 3D-printed model. At the launch of the iPhone X, Apple had claimed that it worked with Hollywood studios to test out its Face ID technology with 3D printed facial masks and other objects to see if it can be spoofed. But back in 2017, security researchers in 2017 had claimed to have found a way to bypass Apple's Face ID technology using an affordable face mask.

Even though the Android devices failed badly, Brewster says most manufacturers were found to be serving notices during facial unlock activation that the feature isn't completely secure, and is more of a convenience. Some Android manufacturers also advise customers to keep a passcode on as a secondary method of unlocking their phone, adding to the security.

However, the Forbes test also found no such warning on the OnePlus 6. The publication also claims it was the 'least secure' of all the devices they tested.

Even as mobile phone companies look towards making lives easier for their customers, at the end of the day it is up to the users themselves on what they pick. If you want to keep your phone secure, the passcode is still a great way to go about it. A combination of a fingerprint reader and a passcode work well as well. As for facial unlock, it's still more of a convenience for most mobile phone users rather than a 100 percent secure solution.