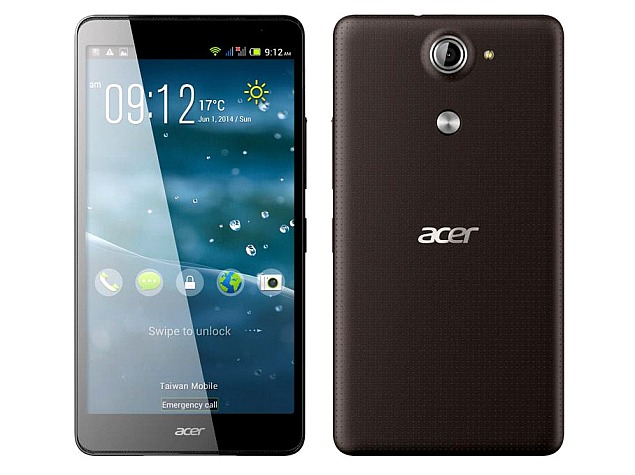 Here we look at the Acer Liquid E700, Liquid E600, Liquid Z200 and Liquid X1 smartphones, all of which are scheduled to launch in Q3 2014, and run Android 4.4 KitKat. Also check out our coverage of the Acer Liquid Leap and Liquid Jade, as well as the newly launched Acer Iconia Tab 8 KitKat tablet.

Let us start with the Liquid X1, which Acer describes as an octa-core LTE smartphone with powerful performance and advanced imaging.

The Acer Liquid X1 (seen above) is a single-SIM smartphone that runs Android 4.4 KitKat, and sports a 5.7-inch IPS display with a 720x1280 pixel resolution. It is powered by a 1.7 GHz octa-core MediaTek MT6592 SoC that is coupled with 2GB of RAM. It features 16GB of built-in storage that is expandable via microSD card (up to 32GB). Acer is also touting the Acer Zoom Fit (for single-hand operation), AcerRapid (for quick camera launch) and AcerFloat (multitasking interface) features on the phone.

Coming to the optics, we see the Liquid X1 has the same camera specifications as the Liquid Jade also unveiled on Friday - a 13-megapixel camera with LED flash, f/1.8 aperture, 0.3 autofocus, and 1080p HD video recording. It sports a 2-megapixel front-facing camera. In terms of connectivity options, the Liquid X1 sports 4G LTE (up to 150Mbps downloads), 3G, Wi-Fi 802.11 b/g/n, Bluetooth, and A-GPS. It is powered by a 2700mAh battery.

Also unveiled by Acer ahead of Computex were the Liquid E700 and Liquid E600. The specifications of the two Android 4.4 KitKat smartphones are quite similar, with the former notably sporting triple-SIM support in addition. 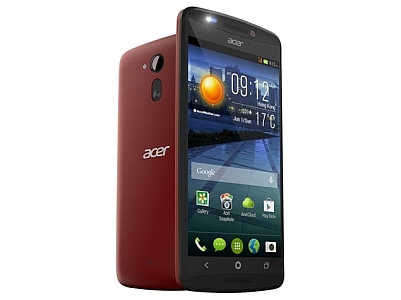 The Acer Liquid E700 (seen above) sports a 5-inch IPS display with a 720x1280 pixel resolution. It is powered by a 1.2GHz quad-core MediaTek MT6582 SoC coupled with Mali 400 GPU, and 2GB of RAM. Other specifications include the 8-megapixel autofocus camera with LED flash, and a 2-megapixel front-facing camera with flash. 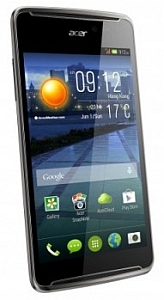 The Acer Liquid E600 (seen above) sports a 5-inch IPS display with a 480x854 pixel resolution. It is powered by a 1.2GHz quad-core Qualcomm Snapdragon 400 MSM8926 SoC with Adreno 305 GPU, coupled with 1GB of RAM. It sports an 8-megapixel rear camera, and front-facing camera with an unspecified resolution. 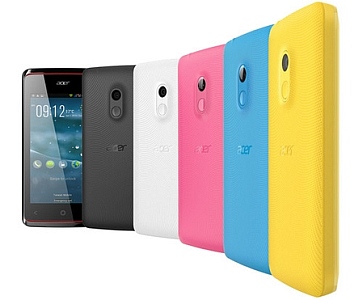 Finally, we come to the Liquid Z200 smartphone (seen above), which Acer says is meant for "first-time feature phone users or second phone buyers on a budget", and is available in a variety of colours - Titanium Black, Essential White, Fragrant Pink, Sky Blue, and Sunshine Yellow. A dual-SIM variant will also be made available.

The Liquid Z200 features a 4-inch 480x800 pixel display, and is powered by a 1GHz dual-core MediaTek MT6572M SoC, coupled with 512MB of RAM. It features only a 2-megapixel fixed-focus camera, but Acer has bundled several camera features such as 'auto smile-shot', 'continuous shot', and 'panorama shot'.

The Acer Liquid Z200 features 4GB of built-in storage, expandable via microSD card (no maximum limit specified), and weighs in at 130 grams, while being 10.3mm thick. Connectivity options include 3G HSPA, Wi-Fi 802.11 b/g/n, Bluetooth, Micro-USB, 3.5mm audio jack, and GPS. It is powered by a 1300mAh battery.