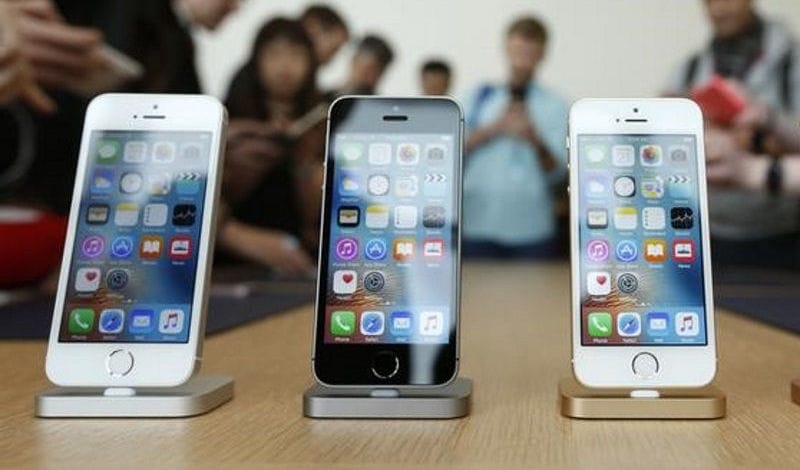 Expressing "delight" over US tech giant Apple's decision to begin initial production of iPhone SE in the city, the Karnataka government on Thursday assured full support to the company.

"I am delighted to know that one of the most valuable technology companies in the world Apple has decided to manufacture its iPhone SE models in Bengaluru.

I congratulate the Apple team for their decision and making the project a reality," State Industries Minister R V Deshpande said.

"The iPhone SE model is very popular and in high demand globally. It is a matter of great pride that in future these phones will be available globally with a Made in India seal," he said in a statement.

Apple had on Wednesday said it is beginning initial production of a "small number" of iPhone SE in the city and start shipping to domestic customers this month.

Stating that the government has assured full support for Apple's manufacturing facility in Bengaluru, Deshpande said it is important to note that there was stiff competition among states to get this project.

"The fact that Apple chose Karnataka has yet again affirmed Karnataka's investment attractiveness and business friendly environment," he said.

The Karnataka government had in February announced Apple's proposal to commence initial manufacturing operations in Bengaluru.

The phones will be manufactured by Wistron, a Taiwanese OEM for Apple at Peenya in the city.

The Minister has also expressed hope that the move will boost job creation and enrich innovation and technology ecosystem in the state.

The company has also announced opening of App Accelerator in Bengaluru, an initiative that would provide support to Indian developers and enable them transform the design and performance of their apps on its mobile operating system iOS.