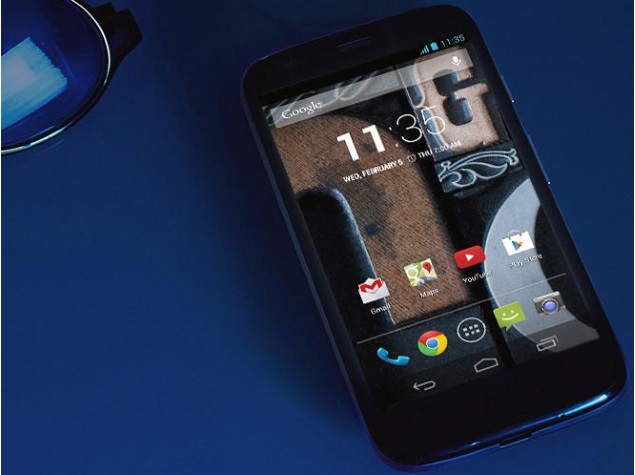 Motorola is expected to announce the successor to the popular Moto G smartphone at a pre-IFA event on September 4. The company has also confirmed an India event on September 5 in New Delhi that will follow the global announcement.

Now, Motorola's exclusive online partner, Flipkart, is claiming that the 'last stock of [the] Moto G 16GB', priced at Rs. 11,999, is now available on the ecommerce site. Notably, the 8GB version of the Moto G recently went out of stock a few days ago and the inventory has not been replenished till now.

All this is almost definitely a sign that the next-generation Moto G is due to arrive soon. Instead of treating Flipkart's announcement as the last chance to buy the Moto G, we'd recommend users wait for a while for the next-generation smartphone to make its way to the country. There are some caveats however - the recent discount of Rs. 2,000 makes the 16GB variant that's available a better deal than ever, and the new smartphone may launch at a slightly higher price, or, with specifications that don't justify (contrary to a few leaks) the higher price.

The Moto G's successor, believed to be dubbed Moto G2 (or Moto G+1), has been making the rounds of the Internet in numerous leaks, and was most recently reported to be hitting store shelves on September 10- soon after the IFA event.

The alleged Moto G2 is said to come with some major upgrades in terms of hardware, such as a 5-inch HD display when compared to 4.5-inch HD display seen on the Moto G. Other rumoured specifications of the alleged Moto G2 include a Snapdragon 400 chipset with a quad-core 1.2GHz Cortex-A7 CPU; an Adreno 305 GPU; 1GB of RAM; an 8-megapixel rear camera; 2-megapixel front camera; 8GB of internal storage, and Android 4.4.4 KitKat.

It's worth mentioning that Moto G has been one of the most popular handsets in Motorola's smartphone lineup in India, closely followed by the Moto E. Moto G sales helped the company to overtake Nokia (now operated by Microsoft) to become the fourth-largest smartphone vendor in India in terms of units shipped in the quarter-ended June, according to a report by market research company Canalys.

The Moto G landed in India in February, while it was globally unveiled in November.