Older Pixel smartphones are already receiving the Feature Drop, while Pixel 6 and Pixel 6 Pro will get it next week. 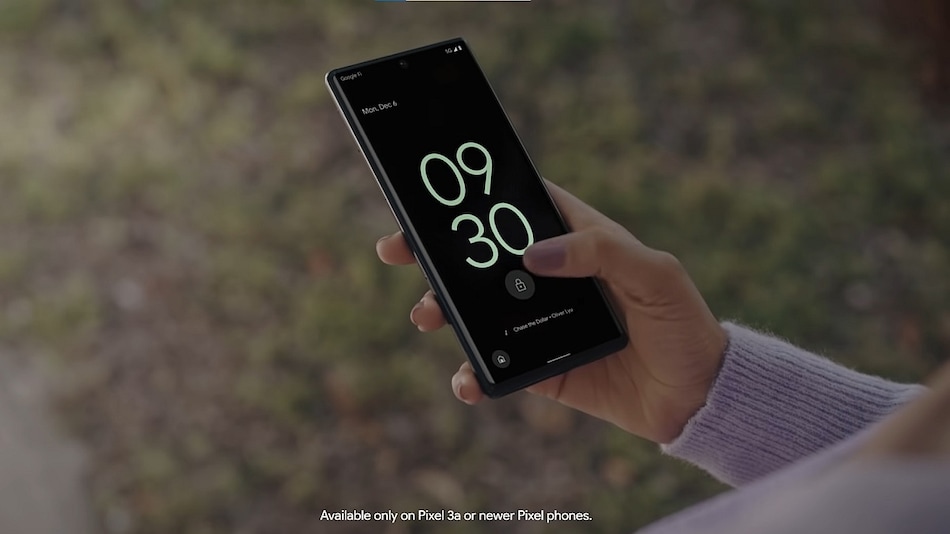 Google has announced the December Android 12 Pixel Feature Drop for the Pixel 6 and Pixel 6 Pro, bringing handy new features like digital car key support in some regions, a new Quick Tap to Snap feature, and improvements to built-in features like Now Playing and Recorder. Some of the features will also be available on older Pixel smartphones, according to the company. Pixel 6 and Pixel 6 Pro are also getting a Conversation mode accessibility feature along with new wallpapers to celebrate International Day of Persons with Disabilities.

The company announced via a blog post that the latest Pixel Feature Drop will roll out to Pixel 6 and Pixel 6 Pro starting next week. Meanwhile, owners of older Pixel smartphones from the Pixel 3a to the Pixel 5a 5G began receiving "relevant updates" from the Pixel Feature Drop on December 6, which means features that are not compatible with their hardware will be left out of the latest feature update respectively.

The first feature coming to Pixel 6 and Pixel 6 Pro is digital car key support, which will work on "select 2020-2022 BMW models" in "certain countries", according to Google. Pixel 6 and Pixel 6 Pro users can tap the door handle to unlock, while placing their phone on the key reader and pressing the engine start button, the company says. Google is also extending support for car crash detection to Taiwan, Italy, and France as part of the latest Pixel Feature Drop.

Pixel 4a (5G) and newer Pixel smartphones will gain a new Quick Tap to Snap feature on the lock screen, which the company says will make Pixel "the fastest phone to take a Snap". Meanwhile, Pixel users can also use a Pixel-exclusive lens called Pixel Face on their Snaps. Google says more Pixel-exclusive lenses will arrive in upcoming Pixel Feature Drops.

Google has added support for an early-stage accessibility feature called Conversation Mode, which helps users amplify the voices of people talking to them. The feature uses on-device machine learning, according to Google, and can tune out other ambient sounds to help focus on your conversation partner in loud environments.

Users with a Pixel 4 or newer smartphones will also be able to tap a search button to check for a song Now Playing hasn't been able to identify using the on-device detection. Pixel Buds A-Series owners will also gain better bass controls via the Pixel Buds app. Meanwhile, the Pixel 6 Pro will now be able to utilise ultra-wideband technology (UWB) for faster file sharing with other UWB-enabled devices nearby, according to the company.

International Day of Persons with Disabilities is celebrated on December 3 and Google has added three new wallpapers as a part of the latest Feature Drop for Pixel smartphones. These are located in the Curated Culture collection on the Wallpapers app. Meanwhile, the company says it has updated its Recorder app with support for transcription in Japanese French, and German for Pixel smartphones as part of the latest Pixel Feature Drop.