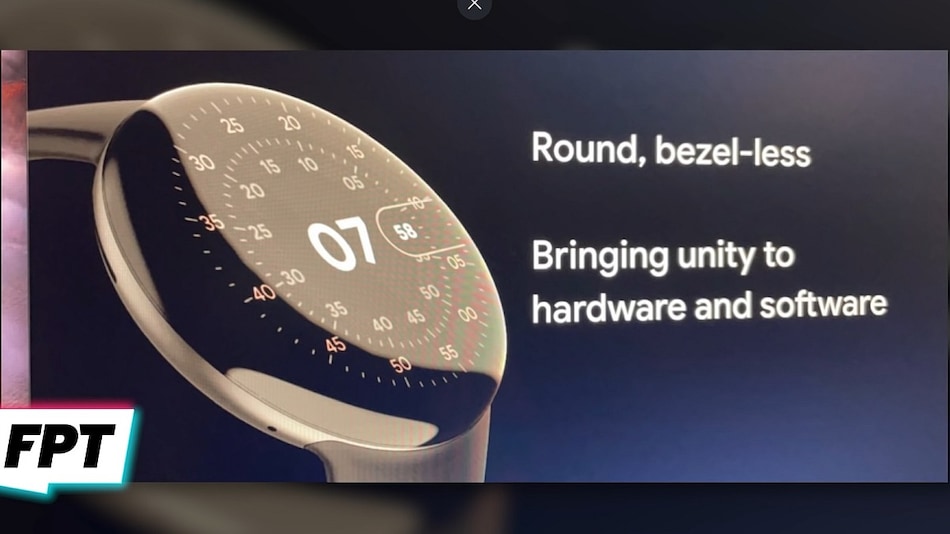 Pixel Watch renders have surfaced online, with a tipster claiming that these are "marketing images" of Google's rumoured smartwatch. The images show the wearable with a round design, and a "bezel-less" display, while showing a 'buy' button which might be intended for the company's online store. The renders have been shared less than a week following reports of a smartwatch joining the Pixel hardware lineup. The smartwatch is seen with support for features like showing incoming calls, checking routes while navigating and more.

Last week, reports suggested that the company's rumoured smartwatch could feature a circular display with a bezel-less design. The smartwatch, which is reportedly codenamed 'Rohan', is undergoing dogfood testing. This allows Google employees who are not working on the device to try it on and provide feedback. Now, tipster Jon Prosser has shared renders of the smartwatch, claiming that these are "official marketing images" of the product.

However, as 9to5Google points out, there are some inconsistencies in the renders shared by Prosser, starting with the fact that the Google Maps screenshot shown in the renders has a different design compared to the one featured on Samsung's Galaxy Watch 4 series. Similarly, the renders showing fitness rings suggest Google Fit integration, while recent reports have indicated the company could be working on Fitbit integration instead.

The renders shared by the tipster could possibly be a few months old, according to the report, which means the design could have changed since these were created. While previous reports claim the smartwatch could be launched in early 2022, Google is yet to make any announcement regarding a smartwatch joining its Pixel hardware lineup. The smartwatch is tipped to cost more than the company's Fitbit offerings and is likely to compete with the Apple Watch.