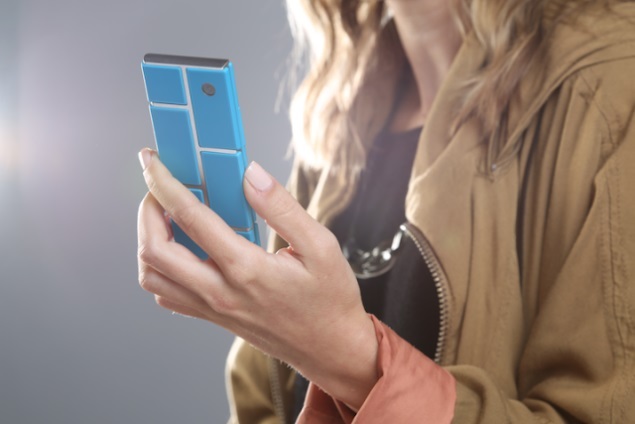 In January, when Google sold Motorola Mobility to Lenovo, the Mountain View giant kept Project Ara with itself. The team developing Project Ara - the Advanced Technology and Projects (ATAP) group led by Regina Dugan - was reportedly integrated with Google's Android team. It's interesting to note that the recently announced Project Tango is also a work of the ATAP group.

Motorola had been working on Project Ara for more than a year and it had also teamed up with Phonebloks, an open-source project that had been looking at creating modular smartphone components that can be easily replaced.

A new report by Time reveals more details about Project Ara's life under the direct supervision of Google. According to the report, the ATAP group is giving final touches to the functioning prototype of a modular smartphone. The report claims that Google's first Project Ara modular smartphone might be commercially released in the first quarter of 2015.

'Grayphone', is what Project Ara's creators are naming the first version of the modular smartphone and the search engine giant plans to price it at $50 (Rs. 3,000 approximately) at launch. Interestingly, the report claims that this prototype is "so basic it comes with only Wi-Fi, not a cellular connection". How that still classifies as a phone, is an interesting question some might pose. Of course, due to the 'modular' nature of the project, Google believes, one could just add the cellular connectivity module.

The report further says that the Project Ara team has produced a platform that supports three sizes of phones namely, mini, a basic unit; medium, a mainstream unit and jumbo, a phablet-style model.

The Project Ara design scheme comprises of what Google calls an endoskeleton (endo) and modules. The endo is the structural frame that holds all the modules in place, while a module can be anything, from a new application processor to a new display or keyboard, an extra battery, a pulse oximeter or some other customisable hardware unit.

Google's main concept behind project Ara is to enable consumers to design their smartphones, and the ability to add features to it as they feel the need. The project hopes to kick-start an era of do-it-yourself smartphones and the report notes that "Google is adamant that it's not targeting geeks."

The report quotes Ara Knaian, Lead Mechanical Engineer on Project Ara, who said, "A big challenge on this project was that a cell phone is one of the most integrated things that's made today, and we're trying to separate it into modular pieces. And so the challenge was how to fit everything in an efficient way, so that people could have the ability at home to add and remove modules and have a lot of flexibility about what modules they put in, but not to have too much added weight or too much added cost by doing that.

Project Ara chief Paul Eremenko described the project as "designed exclusively for 6 billion people" while announcing the first ever Ara Developers' Conference to be held April 15-16 this year. One can expect to hear more details about the project at the conference, which will be held online.