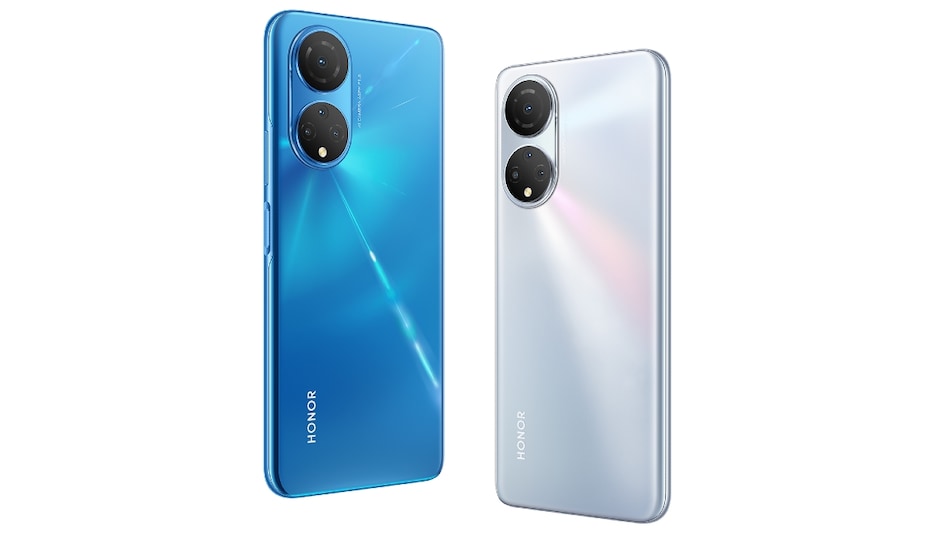 Honor X7 has been announced in Malaysia. The new smartphone from the Huawei sub-brand gets a 6.74-inch FullView Display with a 90Hz refresh rate, Qualcomm Snapdragon 680 SoC, a 5,000mAh battery with support for 22.5W Honor SuperCharge technology, and Honor RAM Turbo technology that is said to borrow a few GBs from storage and use the free space as RAM for smoother operations. The development comes alongside the announcement of Honor X9 5G, another smartphone in the Chinese company's X series smartphone portfolio in Malaysia.

The pricing and availability details for Honor X7 will be announced on March 29 at 8:30pm MYT (6pm IST) alongside other Honor X-series products in Malaysia. The Honor smartphone has made its debut in Ocean Blue and Titanium Silver colour options.

The dual-SIM (Nano) Honor X9 5G runs Android 11 with Magic UI 4.2 skin on top. It sports a 6.74-inch HD+ (720x1,600 pixels) LCD display with a 90Hz refresh rate, 19.9:9 aspect ratio, and 16.7 million colours. Under the hood, the smartphone gets an octa-core Qualcomm Snapdragon 680 SoC, paired with Adreno 610 GPU and 4GB of RAM. As mentioned, the phone features Honor RAM Turbo technology which allows for up to 2GB of RAM expansion by utilising free storage.