iQoo 7 China variant is powered by the Qualcomm Snapdragon 888 SoC and come with up to 12GB of RAM. 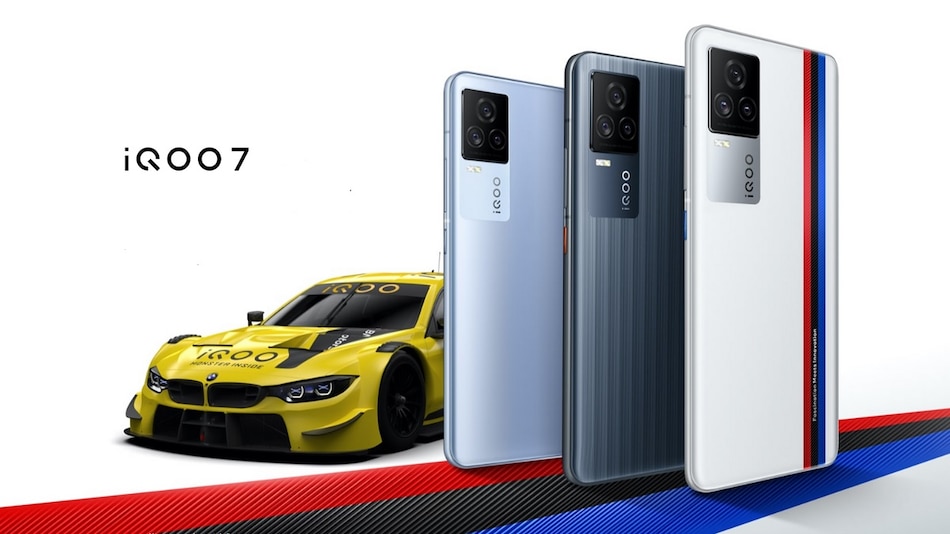 iQoo 7 series will be unveiled in India on April 26, the Vivo-sub brand has confirmed. The series was originally launched in China in January and it came with a regular iQoo 7 as well as a Legend edition that has been designed in partnership with BMW M Motorsport. iQoo 7 is powered by the Qualcomm Snapdragon 888 SoC and comes with impressive specifications like a high refresh rate display, triple rear camera setup, and support for fast charging.

iQoo 7 series will launch in India on April 26 as shared by the company through a media invite as well as a tweet. It mentions the launch of the iQoo 7 series that may include the BMW M Motorsport edition or Legend edition of the phone as well as the standard variant.

The company recently confirmed that the iQoo 7 series will be available for purchase via Amazon when it launches in India.

iQoo 7 was launched in China in two colour options and the Legend edition comes with a white back panel with the iconic blue, black, and red stripes that represent BMW M Motorsport.