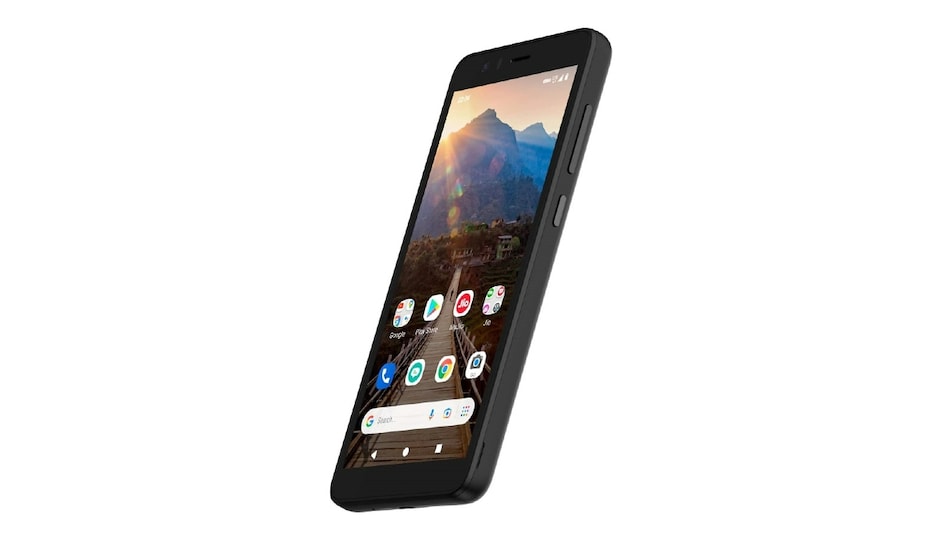 JioPhone 5G price in India and specifications have surfaced on the Web. After bringing the JioPhone Next last year, Reliance Jio is said to be in plans to launch JioPhone 5G as its next affordable smartphone based on a custom Android version. The new JioPhone model is reported to be available in multiple variants, with different screen sizes and specifications. It is also said to feature a hole-punch display design and thin bezels at the top and bottom. JioPhone 5G price in India may be aimed at attracting the masses. Moreover, the phone is said to have a more modern design than Jio's existing hardware.

Citing a source familiar with the development, Android Central has reported the details about the JioPhone 5G. The smartphone is predicted to carry a price tag between Rs. 9,000 and Rs. 12,000. We can expect Jio to bring some financing options with the phone that could make it even cheaper — something similar to what it offered with the JioPhone Next last year.

On the specifications front, Android Central reports that the JioPhone 5G will run on Android 11 (Go edition) and feature a 6.5-inch HD+ (720x1,600 pixels) IPS display with a 20:9 aspect ratio. The phone is also said to have an octa-core Qualcomm Snapdragon 480 SoC, along with at least 4GB of RAM. For photos and videos, the JioPhone 5G is said to have a dual rear camera setup that would comprise a 13-megapixel primary sensor with an autofocus lens and a 2-megapixel macro shooter.

Jio is said to offer an 8-megapixel selfie camera sensor on the JioPhone 5G.

In terms of storage, the JioPhone 5G is reported to have at least 32GB of onboard storage that will be expandable via microSD card through a dedicated slot. Connectivity options are said to include 5G, 4G VoLTE, Wi-Fi 802.11 a/b/g/n, Bluetooth v5.1, GPS/ A-GPS/ NavIC, and a USB Type-C port. The phone is also said to have a side-mounted fingerprint sensor. Furthermore, the JioPhone 5G could include a 5,000mAh battery with 18W fast charging support.

Similar to the JioPhone Next that came with a custom Android skin called Pragati OS, the JioPhone 5G is reported to have custom tweaks on top of Android 11 (Go edition). These tweaks will include an always-on Google Assistant, read-aloud text, instant translation via Google Lens and Google Translate, and Indic language support. Further, the phone will reportedly include a list of preloaded apps, including MyJio, JioTV, and JioSaavn.

JioPhone 5G could also carry a custom Jio launcher to differentiate the experience from other Android Go devices and have some interface-level similarities with the JioPhone Next.

Exact JioPhone 5G launch details are yet to be revealed. Nevertheless, considering historical records of Reliance Industries, we may see the announcement of the JioPhone 5G at the company's annual general meeting in June. JioPhone 5G sales would, however, start sometime in November — following the roll out of Jio 5G services in the country.

Gadgets 360 has reached out to Jio for clarity on the JioPhone 5G plans. This article will be updated when the company responds.

It is important to note that the reported specifications of the JioPhone 5G could just be associated with one of its many variants as the phone is said to be available in different stock keeping units (SKUs), with different screen sizes and hardware.

Jio tied up with Google in 2020 to start building affordable phones. The operator was initially expected to unveil its first 5G phone last year. However, Jio launched the JioPhone Next instead — as its first Android-based 4G smartphone for a mass audience.