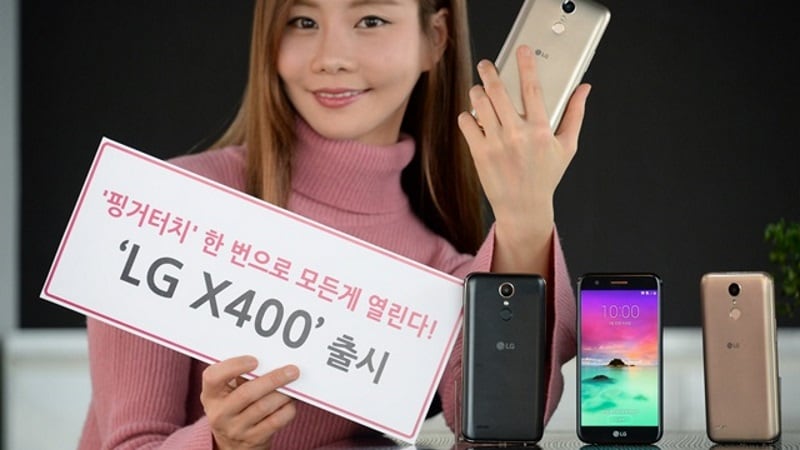 The only notable difference between K10 and the X400 is that the latter comes with HD DMB support for mobile TV viewing. The Android 7.0 Nougat-based LG X400, just like the K10, features a 5.3-inch HD (720x1280 pixels) display but with a pixel density of 294ppi compared with 277ppi on K10. The smartphone is powered by an octa-core MediaTek MT6750 processor clocked at 1.5GHz. It comes with 2GB of LPDDR3 RAM and the handset has 32GB of built-in storage with support for microSD card slot.

In terms of optics, just like the K10, the LG X400 sports a 13-megapixel rear camera and a 5-megapixel front camera. The smartphone houses a 2800mAh removable battery.

The LG X400 features a fingerprint scanner embedded in the power button right below the camera panel at the back of the device. The smartphone has been priced at KRW 319,000 (roughly Rs. 18,700), and will be available in Black and Gold Black colours.

LG is expected to announce its 2017 'K-series' of smartphones for India on Wednesday at a launch event in New Delhi.