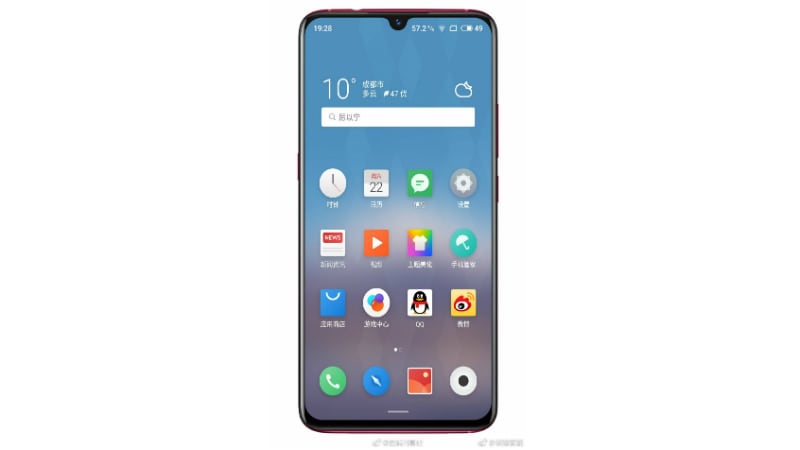 Meizu M9 Note is spotted to have a 20-megapixel selfie camera and a 3,900mAh battery

Meizu M9 Note, an alleged competitor to the Redmi Note 7 from Meizu, has surfaced on the website of Chinese regulator TENAA with the complete specifications. The TENAA listing shows the handset with model number M923Q will sport a 48-megapixel camera at the back along with a secondary 5-megapixel sensor and come with a 6.2-inch full-HD+ display. The phone would also reportedly run on Android 9.0 Pie. Meizu CEO last month had reportedly confirmed the presence of the Meizu M9 Note in a conversation.

As per the TENAA listing, the Meizu phone carrying model number M923Q has a 6.2-inch full-HD+ (1080x2244 pixels) IPS display and a Snapdragon 675 SoC, coupled with 6GB of RAM. The smartphone is also seen with 64GB of onboard storage that could be expandable via microSD card. Further, the phone runs Android 9.0 Pie, as detailed on the TENAA listing.

The Meizu phone featured on the regulator website has a dual rear camera setup, featuring a 48-megapixel primary sensor and a 5-megapixel secondary sensor. The earlier comments from Meizu CEO Jack Wong (also known as Huang Zhang), in which he had teased the M9 Note with a 48-megapixel rear camera, suggest that the M923Q could be the Meizu M9 Note.

Details on the TENAA listing also include a 20-megapixel selfie camera and a 3,900mAh battery. The phone is found to have 153.11x74.34x8.65mm dimensions and weighs 169.7 grams. Furthermore, it will reportedly come in Dark Ochre, Silver Ochre, and Starry Blue colour options.

If we look at some of the early renders, the Meizu M9 Note is expected to sport a waterdrop-style display notch and run Flyme OS on top of Android operating system.

Considering the fresh revelations on TENAA, the Meizu M9 Note could debut in China. The phone will take on the Redmi Note 7 that 'Redmi by Xiaomi' sub-brand launched last month. The Redmi Note 7 also has a 48-megapixel primary camera sensor and comes with a 4,000mAh battery. There is also a 6.3-inch full-HD+ (1080x2340 pixels) LTPS display and a Snapdragon 660 SoC.