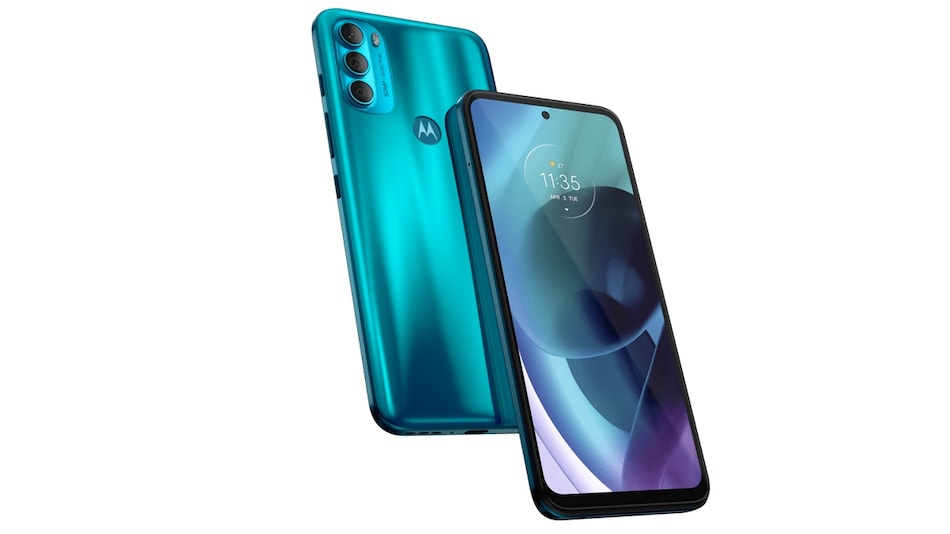 Moto G71 5G was unveiled in January this year

Moto G72 is reportedly making its way to markets soon. The Chinese brand is yet to confirm the official launch date, but according to a fresh leak, the smartphone ​will make its India debut in September or October. A MediaTek SoC could power the Moto G72 4G. It is tipped to include up to 8GB of RAM and triple rear cameras led by a 48-megapixel primary sensor. The Moto G72 recently appeared on different certification platforms with model number XT2255. It is likely to succeed the Moto G71 5G.

Tipster Paras Guglani (@PassionateGeekz), in association with Pricebaba, has suggested the India launch details of the Moto G72. As per the report, Motorola's new Moto G-series phone will make its way to the Indian market sometime in September or October. The smartphone is said to be powered by MediaTek Helio G37 SoC or an unannounced MediaTek SoC. It could be offered in 6GB and 8GB RAM options with an option to expand the RAM further up to 4GB using the inbuilt storage.

The Indian variant of the Moto G72 4G is tipped to come with the codename "Victoria22” and XT2255-2 model number. It is said to include a triple rear camera unit comprising a 48-megapixel primary sensor, an 8-megapixel sensor, and a 2-megapixel sensor. Motorola is expected to pack a 5,000mAh battery on the Moto G72. The battery could support 33W fast charging as well.

The upcoming Moto G72 is likely to succeed the Moto G71 5G that was launched in India in January this year. The Moto G71 5G is powered by Qualcomm's Snapdragon 695 SoC and has a 5,000mAh battery that supports fast charging via the bundled 33W TurboPower charger.

Singtel to Sell Its 3.3 Percent Stake in Airtel to Fund 5G Operations: Report