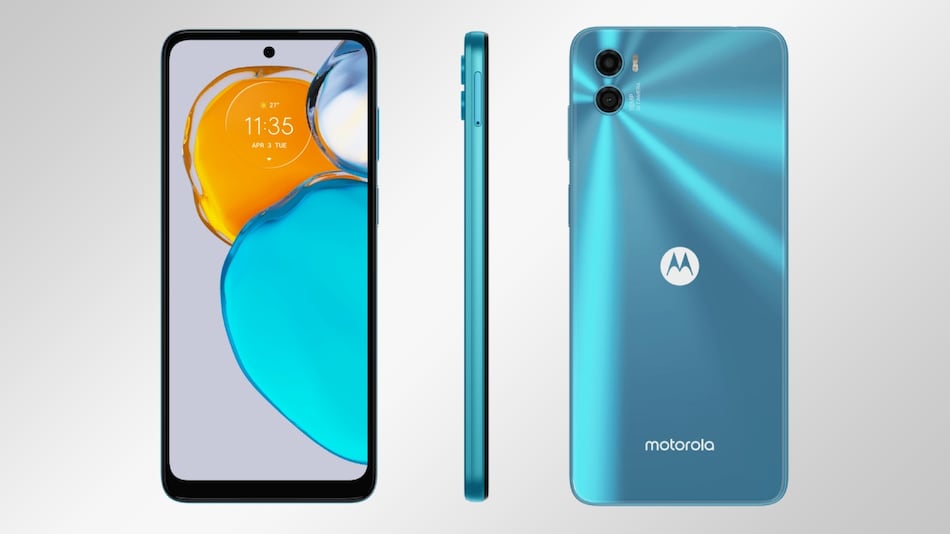 Moto E22s was launched in India on Monday as the latest affordable smartphone in Motorola's E-series portfolio. The smartphone sports a 6.5-inch IPS LCD display with a 90Hz refresh rate. it is equipped with a 16-megapixel rear camera. The newly launched Moto E22s is powered by a MediaTek Helio G37 SoC and runs on Android 12 out-of-the-box. It comes with 64GB of inbuilt storage, which can be further expanded to 1TB via a microSD card slot. The handset packs a 5,000mAh battery and is equipped with a side-mounted fingerprint scanner, according to the company.

The Moto E22s will be sold in a single 4GB RAM + 64GB storage configuration priced at Rs. 8,999. It comes in Arctic Blue and Eco Black colour options. This Motorola smartphone will go on sale in India for the first time from October 22 at 12pm via Flipkart and other leading retail stores.

The Moto E22s is equipped with a dual rear camera setup, comprising a 16-megapixel primary sensor and a 2-megapixel depth camera. On the front, it sports an 8-megapixel selfie camera housed in a centrally-placed hole-punch slot. Both the front and rear cameras are capable of recording full-HD videos at 30fps, according to Motorola.

It is a dual-SIM (Nano) 4G device with 64GB of inbuilt storage that can further be expanded (up to 1TB) via a microSD card slot. The handset also supports Bluetooth v5.0, and 2.4GHz and 5GHz dual-band Wi-Fi. For security, it features a side-mounted fingerprint sensor and face unlock technology.