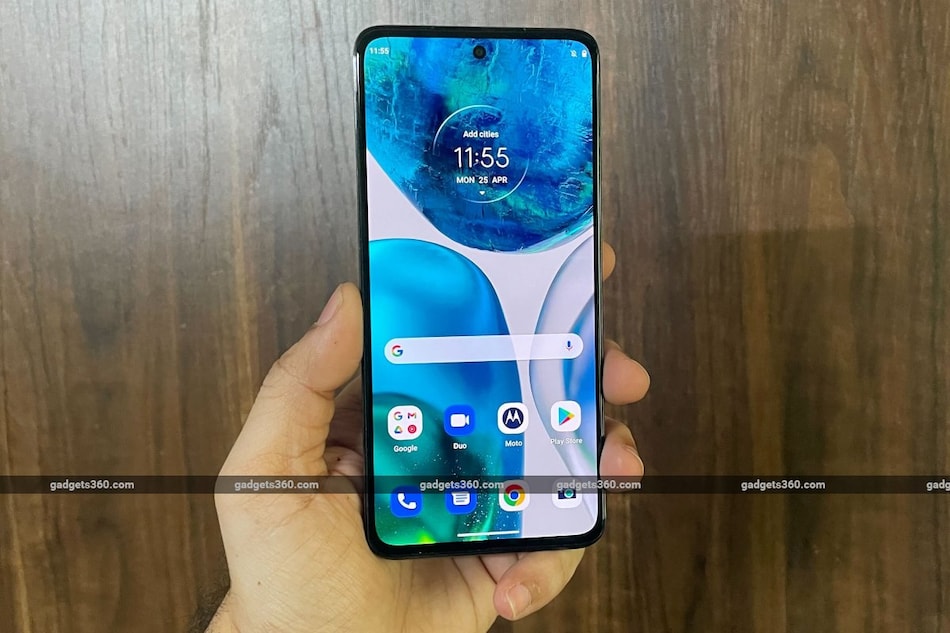 Moto G52 was launched in India on Monday. The new Motorola phone, which is the successor to last year's Moto G51 5G, comes with a 90Hz pOLED display and carries triple rear cameras. The smartphone also comes with dual stereo speakers that are equipped with Dolby Atmos support and Snapdragon sound technology. The Moto G52 is powered by an octa-core Qualcomm Snapdragon 680 SoC and comes with up to 6GB of RAM. It also carries up to 128GB of onboard storage. The Moto G52 will compete against the likes of the Redmi 10 Power, Oppo K10, and the Realme 9i.

Moto G52 price in India has been set at Rs. 14,499 for the 4GB RAM + 64GB storage variant. The phone also comes in a 6GB + 128GB model that comes at Rs. 16,499. The given prices are notably the "introductory" ones, which means that there could be some changes in the pricing in the future. Motorola has not yet revealed any exact details on that front, though. The Moto G52 features Charcoal Grey and Porcelain White colours and will go on sale through Flipkart and select retail stores starting 12pm (noon) on May 3.

Launch offers on the Moto G52 include a Rs. 1,000 instant discount for customers using an HDFC credit card. Jio users are also claimed to receive benefits worth Rs. 2,549, including a Rs. 2,000 cashback on recharge and a Rs. 549 discount on annual Zee5 subscription. Additionally, Flipkart will have EMI options as well as an option to get the Moto G52 in lieu of an old phone.

In terms of capturing selfies and enabling video chats, the Moto G52 comes with a 16-megapixel selfie camera sensor at the front, with an f/2.45 lens.

The Moto G52 has up to 128GB of onboard UFS-based MCP (uMCP) storage that supports expansion via microSD card (up to 1TB).

Editor's note: An earlier version of this article incorrectly mentioned that the phone will go on sale on May 27. The error is regretted.