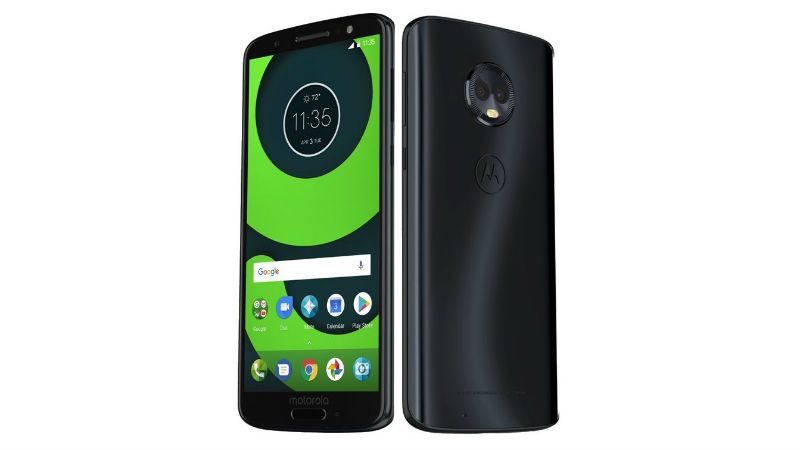 The Moto G6 series will be launched on April 19

Moto is expected to showcase its Moto G6 lineup on April 19, and the Lenovo-owned company has released an updated camera app ahead of the launch. The Moto G6 smartphones are set to make their debut soon, but seemingly fresh hardware isn't the only thing that the company is focussing on. With a software update, Motorola is planning to spruce up the camera on its handsets. The Moto G6 series will take over from the current Moto G5S range as the affordable smartphones the company offers.

The latest update in the Moto Camera app comes with a redesigned user interface that is focussed around making it easier for users to switch modes. While the revamped camera app is expected to be available for the upcoming Moto G6 smartphone series, it will also roll out to the existing Moto handsets. As per the changelog on Google Play Store, the latest update comes with a "new 2018 camera user interface."

As spotted by 9to5Google, the first change is in the Moto Camera app icon itself. The new icon is expected to be a part of a new theme that the company may introduce in the upcoming smartphones. Meanwhile, the app is not divided into three sections — photo, video, and mode select — that can be toggled by swiping.

In the mode select option, users can choose between panoramas, slow-motion videos, and camera settings. At the top, are the options to toggle HDR mode, timer, flash, and manual mode. In terms of Settings, earlier, users had to swipe into the Settings screen from the main viewfinder and the options would be superimposed over the camera footage. However, now the Settings menu is independent, with 100 percent opacity, meaning the options will get more visibility. Also, on handsets with a dual-camera setup, the update makes it easier to find the button that switches the lens that is being used.

Motorola will start the distribution of the latest Camera app update to its smartphones. The revamped version is now available on the Play Store and the changelog has been updated with the new features.