Motorola is expected to launch several devices in 2023, including the recently tipped 'Geneva'-codenamed Edge-branded smartphone. 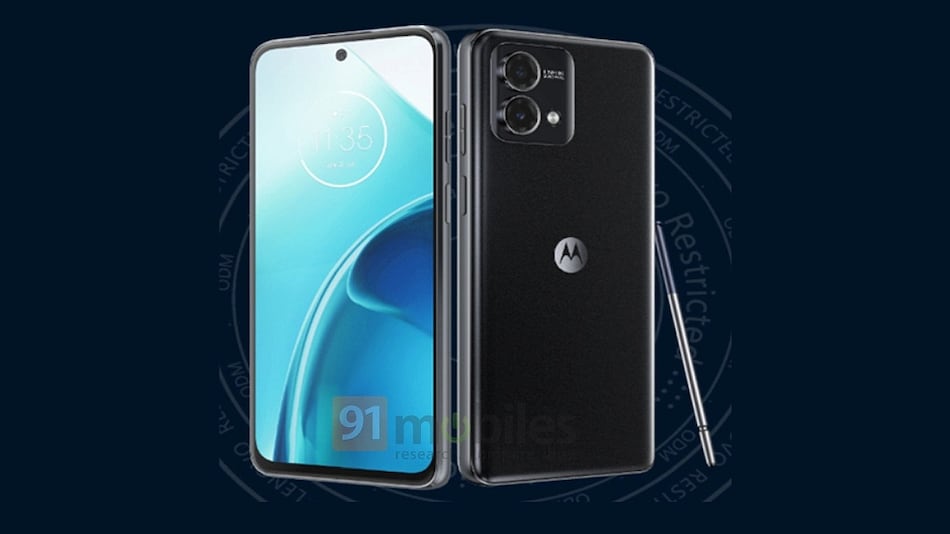 A render of the Motorola 'Geneva' smartphone shared by the tipster

Motorola will launch a new Edge-series smartphone with stylus support in 2023, according to a report. The Lenovo-owned smartphone manufacturer is tipped to be working on a smartphone codenamed 'Geneva'. The handset is tipped to be an Edge-branded model and could offer stylus support like the Moto G Stylus (2022) and G Stylus 5G (2022). It is said to make its debut in 4G and 5G models, and the latter is tipped to bear the model number XT2315. The Motorola 'Geneva' smartphones expected in 2023, are said to be midrange handsets, and could be equipped with up to 6GB of RAM and 256GB of inbuilt storage.

Tipster Evan Blass, in collaboration with 91Mobiles, has leaked the specifications of the smartphone codenamed Geneva. The company's purported handset will ship in Black Beauty and Crystal Grey options, according to the tipster. It is said to be exclusive to North America, and could be available through telecom operators in the region. However, it is currently unclear when Motorola plans to launch the 4G or 5G versions of the handset codenamed Geneva, or how much they will cost when they make their debut.

While this is not the first Edge-branded smartphone from the company to feature stylus support — Blass points out that the Motorola Edge+ 2022 gained support for stylus functionality with the company's Folio bundle — the handset is likely to be a midrange smartphone, as Motorola only launches 5G-capable flagship smartphones, according to the tipster. The upcoming smartphone could be similar to the Moto G Stylus (2022) and the Moto G Stylus 5G (2022) that were launched in February and April, respectively.