Motorola's rollable smartphone prototype is said to have a 6.5-inch display when extended. 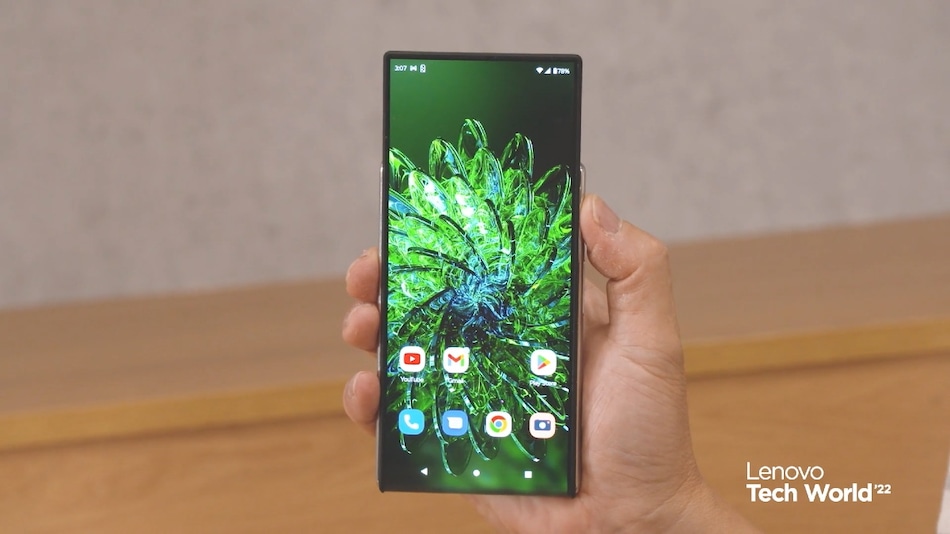 Motorola showcased a new concept rollable smartphone at the Lenovo Tech World 2022 event on Tuesday. The rolling display of this concept smartphone is a flexible OLED panel that measures 6.5 inches when extended and retracts down to just over 4 inches. The released demo video showcases the smartphone in action, however, only offers a glimpse at the front panel. Motorola was previously reported to be working on a rollable smartphone codenamed Felix. This handset was rumoured to extend vertically, similar to the concept smartphone Motorola teased at the event.

Motorola's new prototype appears to extend or retract from the bottom of the handset. As mentioned earlier, the flexible OLED display is 6.5 inches extended and over 4 inches retracted. It appears to be operational, with devices seemingly able to alter its size while streaming a YouTube video. However, the company did not reveal whether they have any intention of putting this prototype into production in the future.

This rollable smartphone prototype could be the Motorola Felix model that the company was reportedly working on earlier this year. This device was said to be capable of extending vertically. It was reportedly being developed to be small and pocket friendly when unrolled. The Motorola Felix was believed to be at an early stage of its development at the time.

At the time, the report had suggested that the company was using a modified Motorola Edge 30 Pro for conducting the software tests. However, there's no word on the company's plans to launch a smartphone based on the concept phone shown off at Lenovo Tech World 2022.

Other smartphone brands are also racing to bring functional rollable smartphones to the market. An alleged unboxing video of the LG Rollable leaked recently. The video shows that this handset can be extended horizontally with a three-finger swipe. Its curved pOLED display is said to stand at 6.8 inches which can expand to a 7.4-inch screen. Under the hood, this LG smartphone may pack a Qualcomm Snapdragon 888 SoC, coupled with 12GB of RAM and at least 256GB of onboard storage.