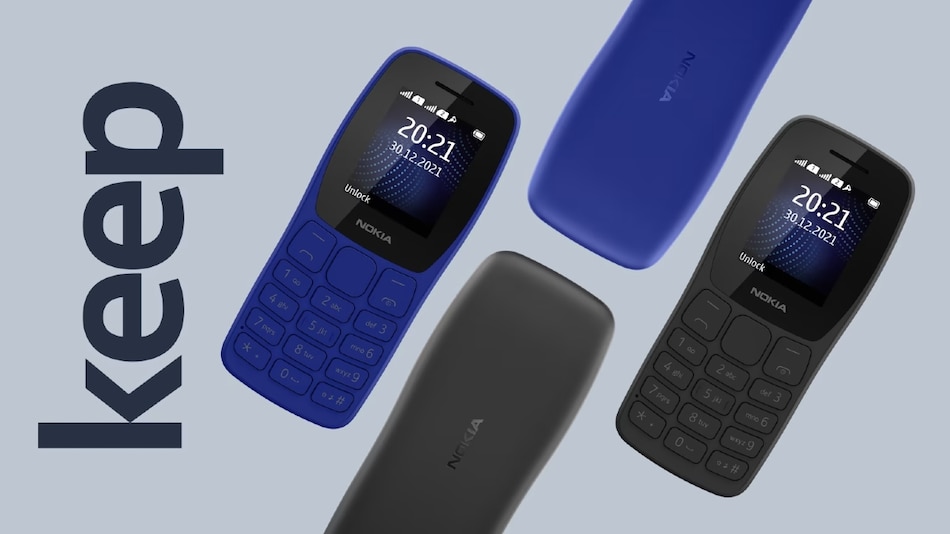 Nokia 105 Africa Edition feature phone has been launched in Nigeria. It runs off a Unisoc 6531E SoC and features the S30+ operating system. It is claimed to offer a long-lasting battery and a 1.77-inch colour screen display. The specifications of the feature phone suggest that it is similar to the one that made its debut in India in 2019. The phone offers an island keymat dial pad, and polycarbonate body. The Nokia 105 Africa Edition comes with FM wireless radio and 2G network connectivity.

While Nokia website doesn't mention the price and availability of the Nokia 105 Africa Edition feature phone, a report by local publisher TechEconomy says that the handset is available via select retailers at a price of NGN 8,100 (roughly Rs. 1,450) in Blue and Charcoal colours.

As per the Nokia Nigeria website, the Nokia 105 Africa Edition feature phone runs S30+ operating system and is offered in both dual-SIM and single-SIM (Mini SIM) options. It sports a 1.77-inch QQVGA (120x160 pixels) screen, and is powered by a Unisoc 6531E SoC. The phone comes with 4MB of RAM and 4MB storage. The handset gets a polycarbonate body and is claimed to be scratch as well as bump resistant. It comes with a built-in torch, and offers storage capacity for 2,000 contacts as well as 500 SMS.

The Nokia 105 Africa Edition comes preloaded with 10 games, including classic Snake. There is FM radio connectivity that works with or without the headset. For connectivity, the phone gets a Micro-USB v1.1 port, 3.5mm headphone jack and 2G. It packs an 800mAh removable battery which is touted to offer up to 12 hours of talk time and up to 18 days of standby time. It measures 115.2x49.9x14.3mm and weighs approximately 70 grams.