Nokia G21 was recently spotted on the Geekbench benchmarking website. 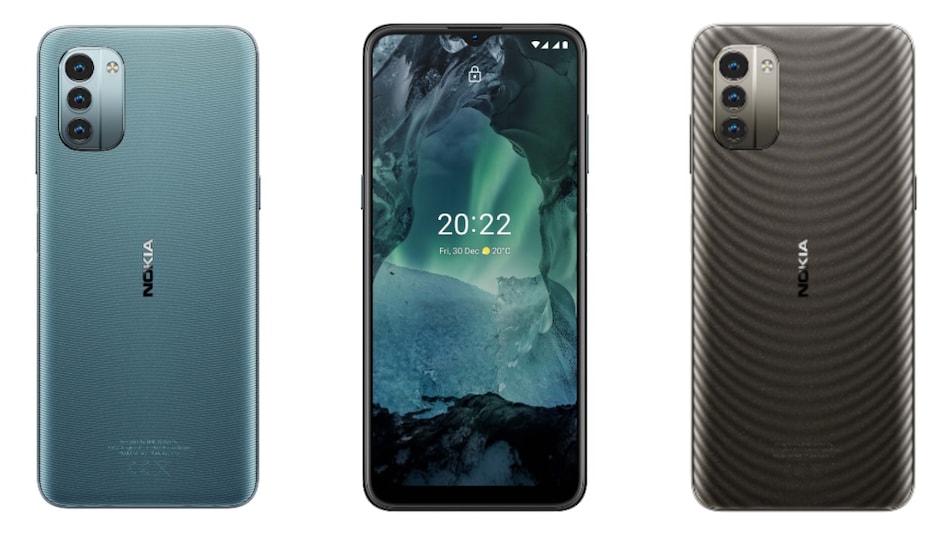 Nokia G21 could come in at least two colour options

Nokia G21 alleged renders have been leaked suggesting that the smartphone will come in at least two colour options. The images also suggest that the smartphone will feature a waterdrop notch and a triple rear camera setup. Claimed to be the successor of the Nokia G20 that went live in India in July last year, the rumoured handset is tipped to come with a 50-megapixel main sensor. The phone will reportedly pack a 5,050mAh battery with fast charging support and is said to come in two RAM and storage configurations. It was spotted on Geekbench benchmarking website earlier this week.

Tipster Roland Quandt shared the images in two sets on Twitter. In the first set, the alleged Nokia G21 is seen with blue colour hue, and the other set has the handset in a grey colour option. It shows that the phone will have a triple rear camera setup with an LED flash and a waterdrop notch for the selfie camera. The news comes a few days after the Nokia smartphone was spotted on Geekbench. The listing on the benchmarking website suggested that the phone will be powered by a Unisoc SoC paired with 4GB of RAM.

Recently, a report claimed that the Nokia G21 could sport a 6.5-inch HD+ (720x1,600 pixels) display with a 20:9 aspect ratio. It will feature an unidentified Unisoc chipset paired with 4GB of RAM and up to 128GB of internal storage, which is said to be expandable via a microSD card.

It could sport a 50-megapixel main sensor and two 2-megapixel sensors in the rear camera setup, and an 8-megapixel front camera. The Nokia G21 connectivity options are said to include 4G LTE, Wi-Fi, Bluetooth, NFC, GPS, A-GPS, GLONASS, Beidou, and USB Type-C port. It may pack a 5,050mAh battery with fast charging support.